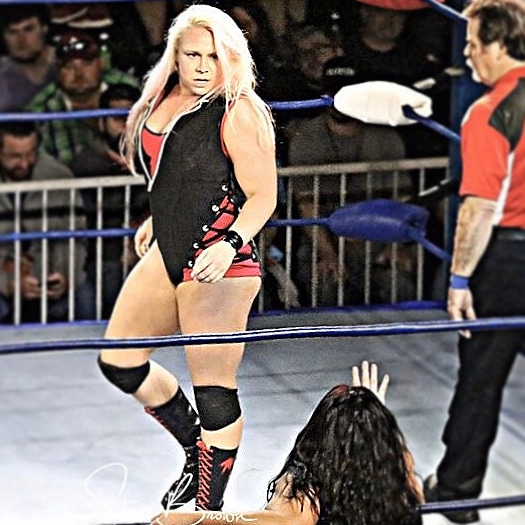 “If I leave here tomorrow, will you still remember me?”

Ronnie Van Zant’s iconic opening line hit while his band’s classic song blared through the legendary Sportatorium, the storied venue located in downtown Dallas that saw a few thousand fans pack the dingy building on a muggy night. The lack of air conditioning and other amenities did nothing to dissuade the dedicated fan base, the locals that had grown up on Texas wrestling and made their attendance at the matches a part of their normal routine. As the music elevated toward a crescendo, the rambunctious trio of the Fabulous Freebirds bounded toward the squared circle, making their way through the crowd and greeted with the jeers of the spectators. Micheal PS. Hayes strutted down the aisle, swinging his hips with an Elvis-level of enthusiasm while his lengthy blond hair bounced to the rhythm of the song. Buddy Roberts, with a no-nonsense sneer on his face, entered the ring attired in one of his sparkly jackets. Finally, Terry “Bam Bam” Gordy, a nearly 300-LBS grappler that was amazingly light on his feet, hustled up to the apron, his curly hair peeking out from underneath his cowboy hat. This night, as was the case often during the heyday of World Class Championship Wrestling in the 80s, The Freebirds prepared to battle The Von Erichs, the team consisting of David, Kerry, and Kevin on this particular night.

Some of the biggest legends in the history of the sport cited this famous rivalry as one of their main influences to pursue the sports entertainment business. Aside from the charismatic Hayes, who became known as a master wordsmith on the mic, another blond-haired athlete saw those six-man clashes in Dallas. He went onto to be the biggest star in the history of the industry, “Stone Cold” Steve Austin. While that might be the most famous example of who was inspired by the televised Texas mayhem that was syndicated around the world at the time, there’s another example that was much closer to home.

Miranda Gordy, the daughter of “Bam Bam” Terry, also found inspiration through her father’s work, just recently commemorating his first year in the business as a wrestler, but it was a step that was a long time in the making before she decided to become involved in August of 2018

“For years I have had people ask me to come to shows or be a part of something wrestling related, so I finally decided to do it. I managed a friend for a while just so I could get used to being in front of a crowd and also to learn the inner workings of a show,” Miranda explained.

As much as the big man from Bad Street was known for wild action in his heyday, Miranda only knew her dad as a gentle giant that had a deep dedication to his family during her elementary school years. Always known as a kind and caring man by his peers, the international wrestling star didn’t hesitate to trade his boots for a pair of roller skates to take Miranda and her sister, Amber to the rink. When they weren’t fishing or spending time together at home, the Gordy family enjoyed visiting amusement parks, where he sandwiched his massive frame into the elephant car with an endearing smile on his face so he could enjoy the ride with his kids. Despite his global career as such an accomplished athlete, Miranda cites one of her fondest memories of her dad as the time he taught her how to ride a bike without training wheels, his over-the-top wrestling tone replaced with a settling reassurance as Miranda maneuvered the pedals.


Still, when 7-year-old Miranda saw her dad on local wrestling cards, she was totally invested in the Fabulous Freebird as the winner, frantically cheering for his victory and legitimately upset if a villain tried to break the rules against him.

Happy birthday!! My dad would have been 59 today. ❤ pic.twitter.com/VDY9o4NwkG


Even after Terry’s tragic and untimely passing from a heart attack in July of 2001, that passion for the sport never left Miranda, as she remained drawn and linked to the business that was so closely associated with her family name. After that initial exposure to the live audience at ringside in August 2018, she knew the sports entertainment path was something she wanted to fully pursue, opting to begin wrestling training the following month at the XCW Dojo in Denton, Texas under the guidance of seasoned pro, Nite Davis and Athena Palmer, known to fans as WWE’s Ember Moon. Miranda also credits accomplished grappler, Tom Howard and veteran wrestler, Kraig Keesaman as helpful in her experience to learn the ring ropes. Just over a year ago, the second generation athlete made her official debut as an in-ring wrestler at a local event in Texas, an appropriate location for the Freebird decedent, on July 7,2019. After the final bell of her first contest, Miranda knew exactly who she should talk to, and a familiar voice answered the phone.

“I called my Uncle Michael Hayes for advice. He said ‘get out there and learn to work.’ I did just that and all of the pieces of training started to fall into place,” Miranda explained.

Following the words of the founder of the Freebirds, she began to zig-zag her way across Texas, and in the past year has already expanded into neighbor states, honing her craft through the valuable experience of working with a variety of opponents in front of difference audiences on a regular basis.

“Being a second generation wrestler has its pros and cons. The name gets me noticed, however there are very high expectations to go along with that. When I decided to train, I also decided that I wanted to start just like everyone else so that I could build my own career and not just base it off my dad to get to the top faster,” she commented.

Aside from her last name, Miranda was noticed more directly for her in-ring skills, as she brought a natural poise to the squared circle and performs at a level beyond her rookie year in the industry. To go along with pairs of wrestling boots that her dad wore when he cemented his legacy in the industry, she has added championship titles of her own to the collection. Although, that in-ring ability was put to the test just a few months into her tenure as a performer, as she was booked for her first tour of Japan in February of this year. While this would be the first trip to Japan for Miranda, the country was already very familiar with the Gordy name. After his stellar work with Hayes and Roberts in the United States, Terry also had a legendary stint in Japan, most notably teaming with the late, great “Dr. Death” Steve Williams to form the Miracle Violence Connection in All Japan Pro Wrestling, the organization that was founded by the iconic, Giant Baba.

The best thing on the internet this week, wait; this month, is seeing @MirandaGordy in Japan for the 1st time and seeing the boys (Killer Khan, Akira Taue, Kabuki) rally around her and go out of their way to meet her and tell stories about her dad, the legendary Terry Gordy pic.twitter.com/nQObgXelQY


“Its always been my dream to go there, but the fact that I got to wrestle there as well makes me very proud of the legacy my father built while he was there,” Miranda remarked.

Always wanting to learn, Miranda often consults her brother, Ray for advice as well. Ray spent five years under WWE contract as Jesse and then Slam Master J before he retired from the ring in 2010. So, Miranda looks to continue the legacy and has discovered even more about her father’s impact on the industry through her own ventures in wrestling.

“Growing up, I never realized the impact my dad had made on so many other wrestlers. There are legends who have told me stories of how my dad made an impact on their career, which goes above just being a good wrestler. He was also a good person. Obviously, he made an impact on countless fans as well. I study his matches a lot. I have gained a new understanding of the inner workings of the wrestling business. Its a lot different from what i grew up knowing. I have gained a new respect for it. I have also learned that I can accomplish a lot more than i ever dreamed,” Miranda said.

So, the question, “If I leave here tomorrow, will you still remember me?”

Yes, the fans certainly remember the legacy of Terry “Bam Bam” Gordy, and that legacy looks to continue on through his daughter Miranda each time she steps into the squared circle.

For me information about Miranda Gordy, you can follow her on Twitter @MirandaGordy
You can purchase her t-shirts https://www.prowrestlingtees.com/gordy