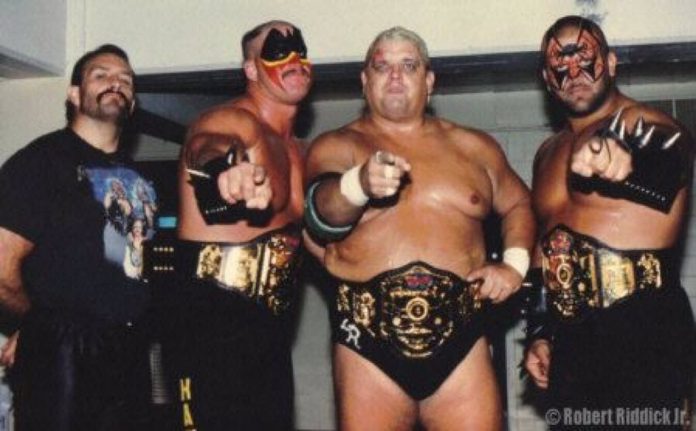 Recently, AEW introduced a new championship into what most would call an already over-saturated market when it comes to championships. The Trio’s tournament concluded with a great match at ALL OUT on September 4th 2022. Unfortunately, the activities that took place at what is now known as “Brawl Out” have over-shadowed this match and the championship it was meant to introduce. Since then, new champions have been crowned in the formitable trio known as Death Triangle.

But one may ask, why pick this championship over all the others and what may have been better options for a new championship. Let’s take a look at two of the most famous versions of this historic championship.

Six-man championships have been around since the mid-1950s. The first recorded use of this title came from the National Wrestling Alliance (NWA) territory in Chicago. The belts were called the NWA World Three-Man Tag Team Championship and would hold this name until 1974. Roy McClarity, Pat O’Connor, and Yukon Eric are the first and only recorded champions to hold this version of the belts. The championship seemed to go dormant until 1974, when NWA Mid-America (later to be known as the Memphis territory) would revive the belts under a new and more familiar name. The NWA Six-Man Championship would be a mainstay for the territory with future legends and Hall of Famers getting a chance to hold this title. Names like Bobby Eaton, Dennis Condrey, Tommy Rich, and Paul Orndorff would add their names to the list of title holders. The championship would once again go dormant until 1984, when a blossoming Mid Atlantic Territory would once again revive the title.

While the NWA was busy deactivating and reactivating one form of the Six-Man title, there was a family down in Texas that would breathe new life into the championship. World Class Championship Wrestling (WCCW) was an NWA territory during the 1980s. They promoted all around the state of Texas and while a part of the NWA still seemed to be doing their own thing regarding championships. On December 25th 1982 at WCCW Star Wars, the team of Michael Hayes, Terry Gordy and David Von Erich defeated Iron Mike Sharpe, Ben Sharpe and Tom Steele to become the first recognized champions. Von Erich would later give his part of the championship to Buddy Roberts, who was unable to be a part of the match. This would play into developing the storyline between the Von Erichs and Freebirds.

While the Von Erichs and Freebirds were feuding down in Texas, Jim Crockett Promotions (JCP) was using the original version to help bolster their ever-growing roster. NWA Mid-America would go out of business in 1981, and the titles hadn’t been active since. The newest form of this title would reemerge on July 18th, 1984. Ivan and Nikita Koloff, along with Don Kernodle, would beat Rufus R. Jones, Angelo Mosca Jr and Tom Shaft to be crowned the first champions for JCP. The belts (a trophy at the time) would then change hands just a few times over the next few years, with the Russian team being the most consistent champions.

The most famous team to hold these titles would have to be Dusty Rhodes and the Road Warriors. They would defeat the Russians with Baron Von Raschke on May 17th 1986 in Baltimore. They would hold the titles until February 1988 when Ivan Koloff and The Powers of Pain would win them; This would be short-lived as the Powers of Pain would shortly depart for the World Wrestling Federation (WWF). Dusty and the Warriors would regain their belts after defeating Ric Flair, Tully Blanchard, and Arn Anderson in the summer of 1988. The final set of champions would be once again the Warriors, but this time they would call on a new partner in the form of Genichiro Tenryu. The championship vacated in February 1989 because of Tenryu choosing to focus on All Japan’s Triple Crown Championship.

World Championship Wrestling (WCW) would pick up the titles again in 1991. Only 4 teams would hold this title version before deactivating it in December 1991. The last time the titles were mentioned was before Beach Blast 1992, when the match between Bobby Eaton, Arn Anderson, and Steve Austin against Barry Windham, Dustin Rhodes, and Nikita Koloff was originally to bring back the titles, as the match ended up a standard six-man tag match. 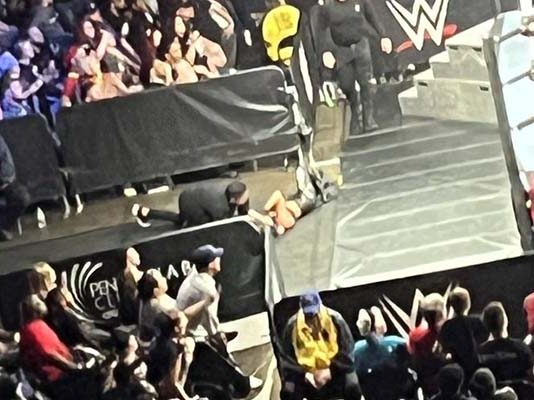