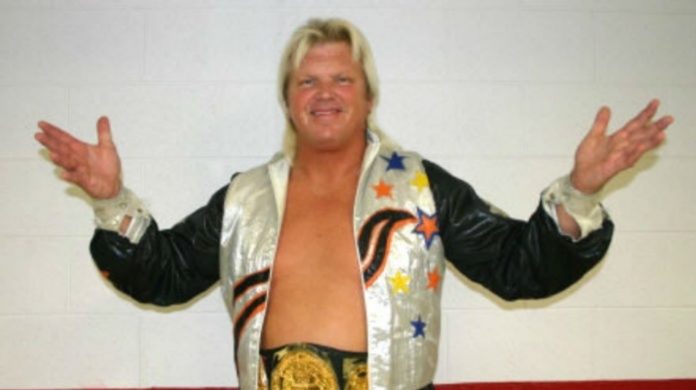 Sadly, this week had its share of deaths within the world of professional wrestling, each hitting the industry in its own way. Bert Prentice, a relatively small-scale, but longtime promoter within the Memphis area, particularly after the territory’s heyday, passed away. Jody Hamilton, known for decades as the Assassin, died at the age of 82. Besides his more than 30 years as an in-ring performer, Hamilton spent several years afterwards as a trainer for some stars that would go on to become national names. Unfortunately, the day after Hamilton’s death, it was announced that the legendary “Beautiful” Bobby Eaton passed away as well.

Breaking into the business at just 17, Eaton was known as one of the best in-ring performers of not only his generation, but in the history of the industry. Everything Eaton did inside the ring ropes was crisp and smooth. Quite simply, you won’t find a subpar Eaton match, and there are very few performers you can say that about in the sport. Of course, “Beautiful” Bobby is most remembered for his run as a tag team in The Midnight Express alongside either “Lover Boy” Dennis Condrey or “Sweet” Stan Lane with Jim Cornette as their manager. Eaton was rightfully praised for his ability in the ring, both for his ability to make his opponents look good and for how solid his matches were throughout his career on social media.

BEAUTIFUL BOBBY EATON
Nobody did it better . . . pic.twitter.com/CZErxQ4Awt


Since his reputation is so well-known and those that knew him personally have pointed out his stellar skills, I thought I’d use this article to instead discuss the time that I met the legendary original tag team, especially because it underscores what so many have said about Eaton, he was such a nice guy.

In December of 2004, it was around the time that Condrey and Eaton were booked together for their original reunion tour, a pairing that became more common in recent years through conventions. However, at the time, this chance to see Condrey and Eaton was considered very rare, as most assumed their reunion through the independents would be the only chance to see them back in the ring together. A few months earlier, Ring Of Honor, still independently-owned at the time, booked a reunion appearance, and it was confirmation that Condrey, who famously left the industry without much word on two different occasions, actually was going to be a part of a reunion tour.

The blustery night I met the legendary duo was at an International Wrestling Cartel show, promoted at the time by Norm Connors, one of the godfathers of the Pittsburgh independent scene. The event was held at the Wilmerding YMCA in Western Pennsylvania. The Midnight Express were scheduled to challenge Southern Comfort, the team of Tracy Smothers and Chris Hamrick for the IWC tag team titles. Ironically, there was a stellar match that Tracy had as one of the Southern Boys against the pairing of Eaton and Lane in 1990. The late Tracy Smothers was such an underrated gem of the industry and much of the same could be said for Hamrick, who despite great skills, was just never at the right place at the right time to have a major run.

I was 15 at the time of the event, and my dad was nice enough to take me to the show, along with a disposable camera. An eighth degree black belt in Braddock Jiu-Jitsu, my dad followed pro wrestling in the “Bruno era” of Pittsburgh, but if it’s not Sammartino or Superstar Billy Graham, his interest is minimal at best. Basically, he was nice enough to sit through the show so I could be there. In fact, while I didn’t keep track of it at the time, there’s a decent chance he actually spent more time during the show smoking a cigarette just outside the doors of the venue than actually watching matches inside the building. While, the Midnight Express reunion was the top drawing card that night, the rest of the line-up was solid as well. AJ Styles had a really good match against CM Punk, Pittsburgh legend Shirley Doe had a fun brawl with Balls Mahoney, and there were a few other known names.

We arrived at the show and after found our second row seats, my dad decided it was time for a pre-show cigarette break while I got in line to meet The Midnight Express. Keep in mind, there was 2004 so there weren’t streaming services with thousands of hours of content on-demand. However, I had seen Midnight Express matches and knew of their accomplishments. In some ways, there was almost a mystic at the time to see the two grapplers sitting next to each other because it was so well-known that Condrey abruptly quit the industry years earlier. When I got to their table, I had a PWI magazine from the 80s and asked the team if they would sign it. I asked, “how much for an autograph?” Bobby Eaton said, “on your book? Nothin’ we can sign this for you” I thanked him and mentioned that on page 53, there was an article about them. Eaton replied, “page 53, huh?” He flipped to the page and showed Condrey, who also signed the cover of the magazine. I thanked both of them, and Condrey replied with, “thank you, buddy.” It genuinely seemed like they were happy that fans were enthusiastic to meet them, and as simplistic as it might sound, both of them were just so nice in-person. There are countless “grizzled vets” of the 80s that charge ridiculous amounts of money for signatures, but Eaton and Condrey didn’t. I was going to get a picture with the legendary team, but when I was in line, I realized that my dad, along with his cigarettes, had the disposable camera outside so sadly, I don’t have a photo with them.

The actual match between The Midnight Express and Southern Comfort was really fun, even if Condrey and Eaton weren’t quite as fast as in their prime. Since it was a reunion tour and Southern Comfort were regulars at IWC, I assumed the champions would retain as this was probably a one-off appearance for Condrey and Eaton. Instead, the reuniting Eaton and Condrey won another set of tag titles, shocking the crowd in the process. Promoter, Norm Connors’ reaction was classic, as he looked stunned at the title switch. The team actually made a few more IWC appearances before they dropped the belts around the tile their tour of the independent circuit concluded. Bobby Eaton is known as one of the best in the ring and one of the nicest people outside of it so he definitely had a successful career.

My sincere condolences to Bobby Eaton’s friends and family at this difficult time.