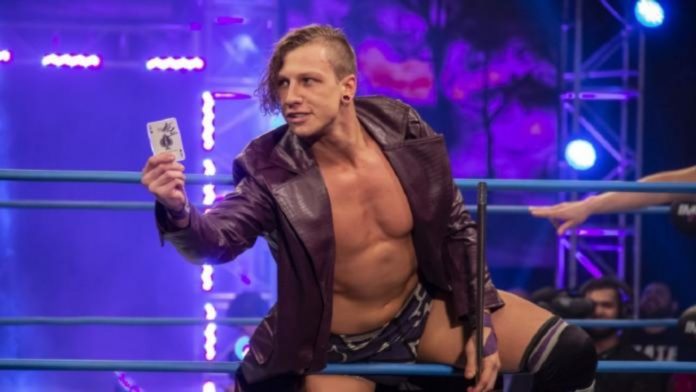 Ace Austin recently spoke with the folks at Wrestle Zone for an in-depth interview covering all things pro wrestling.

During the discussion, the IMPACT Wrestling star spoke about the comparisons between his own character and that of X-Men’s Gambit and how they were initially by accident but as of late have been purposely merged into his persona.

On the references to the X-Men character Gambit being entirely accidental: “That was accidental. I really wasn’t going for Gambit at first, but when I chose my color scheme and I put the whole presentation together… I started training when I was 17 and I had an idea. I got my first set of gear when I was still 17 and then I debuted when I was 18, that was the rule in Pennsylvania at the time. When I put this whole presentation together, that’s when fans started coming to me and saying ‘Oh I love the Gambit reference, I love the Gambit vibes.’”

On the reason why he started to merge the Gambit vibes into his character: “That’s kinda when I realized how on the nose it was, so I kinda leaned into it after that. When you’re first starting out, it’s good to find a niche to fit in. The comic books, superhero things have always been such a huge influence in my life. Superheros and Pro Wrestling had the biggest influence on my life growing up. It was a great way to merge the two and it really helped me get my feet off the ground and it helped me out with merchandising and it all worked.”

Check out the complete Ace Austin interview by visiting WrestleZone.com.