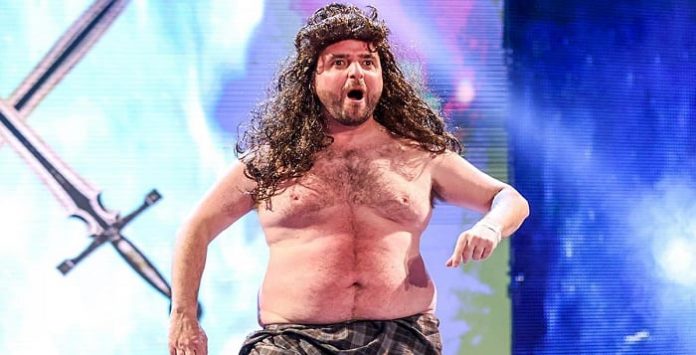 “You’re gosh darn right I was on the @wwe tonight. Thanks to all those who made this happen, specifically @celdyer,” he wrote.

Krumholtz has starred on a number of TV shows, including “Numb3rs” on CBS, and several movies, including the “Santa Clause” and “Harold & Kumar” franchises.

Next week’s Royal Rumble go-home edition of RAW will see the return of the real McIntyre and Goldberg for their final face-off before doing battle at the Rumble pay-per-view.

A post shared by Bernard The Head Elf (@davidkrumholtz)