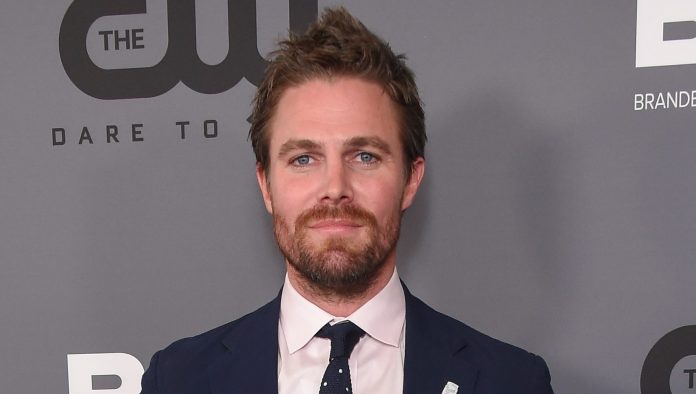 Actor and noted pro wrestling fan/occasional wrestler Stephen Amell was injured on the set of Starz’s wrestling drama “Heels” earlier this week, according to Deadline. Amell reportedly suffered a back injury while filming in Atlanta. A Starz spokesperson noted that the injury came while Amell was performing a stunt. He is now resting and recovering at home.

“While performing a stunt on the set of Heels this week, Stephen Amell sustained an injury to his back,” the Starz spokesperson said in a statement. “Following a medical evaluation, he is now resting and recovering at home in anticipation of his return to set.”

The spokesperson added that production has not been affected and continues while Amell recovers. Amell was immediately checked out by the on-set medic and wrestling/stunt coordinators. All requisite stunt safety protocols were reportedly observed at the time.

“Heels” is a story about the men and women who chase their dreams in the world of small town pro wrestling. Written by Michael Waldron, with Mike O’Malley as showrunner, the show follows a family-owned wrestling promotion in a close-knit Georgia community, as two brothers and rivals, Jack Spade (played by Amell) and Ace Spade (played by Alexander Ludwig), fight over their late father’s legacy. In the ring, Ace plays the good guy while Jack plays the heel.