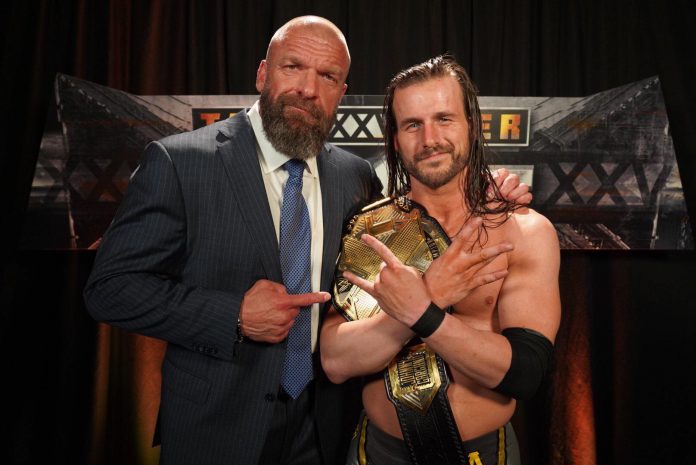 AEW’s Adam Cole was recently interviewed by Fightful.com, and made the following comments regarding the health of WWE’s Paul “Triple H” Levesque:

“I’ve made it very apparent and very clear for a very long time, both during my time in NXT and post NXT, that I think the world of Triple H. I learned so much from him. He was a huge, huge mentor to me. So to get that news was really disheartening because I know how much professional wrestling means to a guy like Hunter. However, at the same time, his health is the most important thing and his family is the most important thing. So I’m glad that he’s able to take care of himself and make sure he needs to do what he has to do to get on that track.”

“So truth be told, with the way stuff has been going lately, I’m just happy he’s okay. But yeah, I mean, everything that he’s given to the wrestling industry and the wrestling business will never be forgotten, whether it be his in ring career, or the countless amount of people he’s influenced within NXT and the countless people he’s taught within NXT. So I really do, I love Triple H. I admire the hell out of him, and I’m glad he’s alright.” (quote courtesy of WrestlingNews.co)