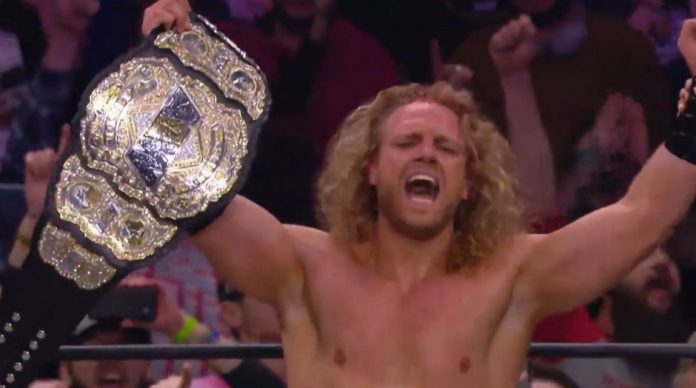 During his recent podcast, Jim Cornette talked about Adam Page’s run as the AEW World Champion and stated the following:

“He could not [have] looked in a mirror [at] the way he was dressed and say ‘I need to go out on national television looking like this as the World Heavyweight Wrestling Champion.’ They either don’t know, or they don’t care. And because no one’s in charge, there’s nobody to tell them. That’s the problem.”

“What’s the old saying? ‘You don’t dress for the job you’ve got, you dress for the job you want.’ It’s not only the dress but it’s the attitude, it’s the way you carry yourself. Adam Page is not a world champion. Somebody needs to help teach him how to be one if he’s going to be put in that position, and apparently nobody is! If they are? He’s not listening.”