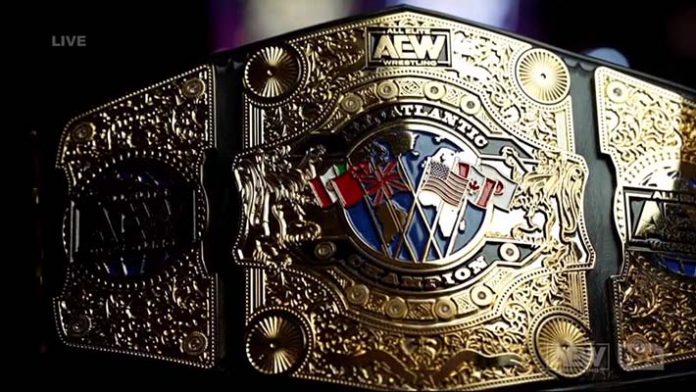 Wednesday night on Dynamite, a new AEW Championship was introduced:

The AEW All-Atlantic Championship. A belt that looks to be the equivalent of the Intercontinental title, and now the second-secondary men’s title next to the TNT Championship.

Even Dave Meltzer thinks this extra championship is too much for the young promotion. In All Elite Wrestling, titles are supposed to mean something, and carry a level of prestige with them. In addition, as an avid AEW fan, I still very much want a Trios and Women’s Tag Team Championship.

So all of this begs the question: Is this new title one too many?

It’s not. But I’m not blowing smoke up your ass, and it actually points to a larger problem within AEW right now. But first, some numbers… 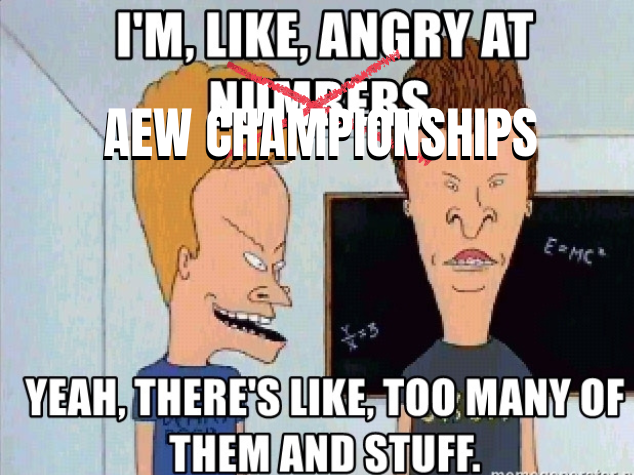 Keep in mind that the FTW Championship is not a formally recognized AEW title, and the Ring of Honor championships belong to ROH, not AEW. While confusing to the casual fan, it’s not uncommon for titles from other promotions to occasionally be be defended on various shows.

When you combine Raw and Smackdown’s roster size, it’s fairly comparable to AEW’s total amount. So even if Tony Khan were to add a Trios and Women’s Tag Championships, it’s still on par with the competition.

The problem isn’t with the number of titles, it’s the booking of them. 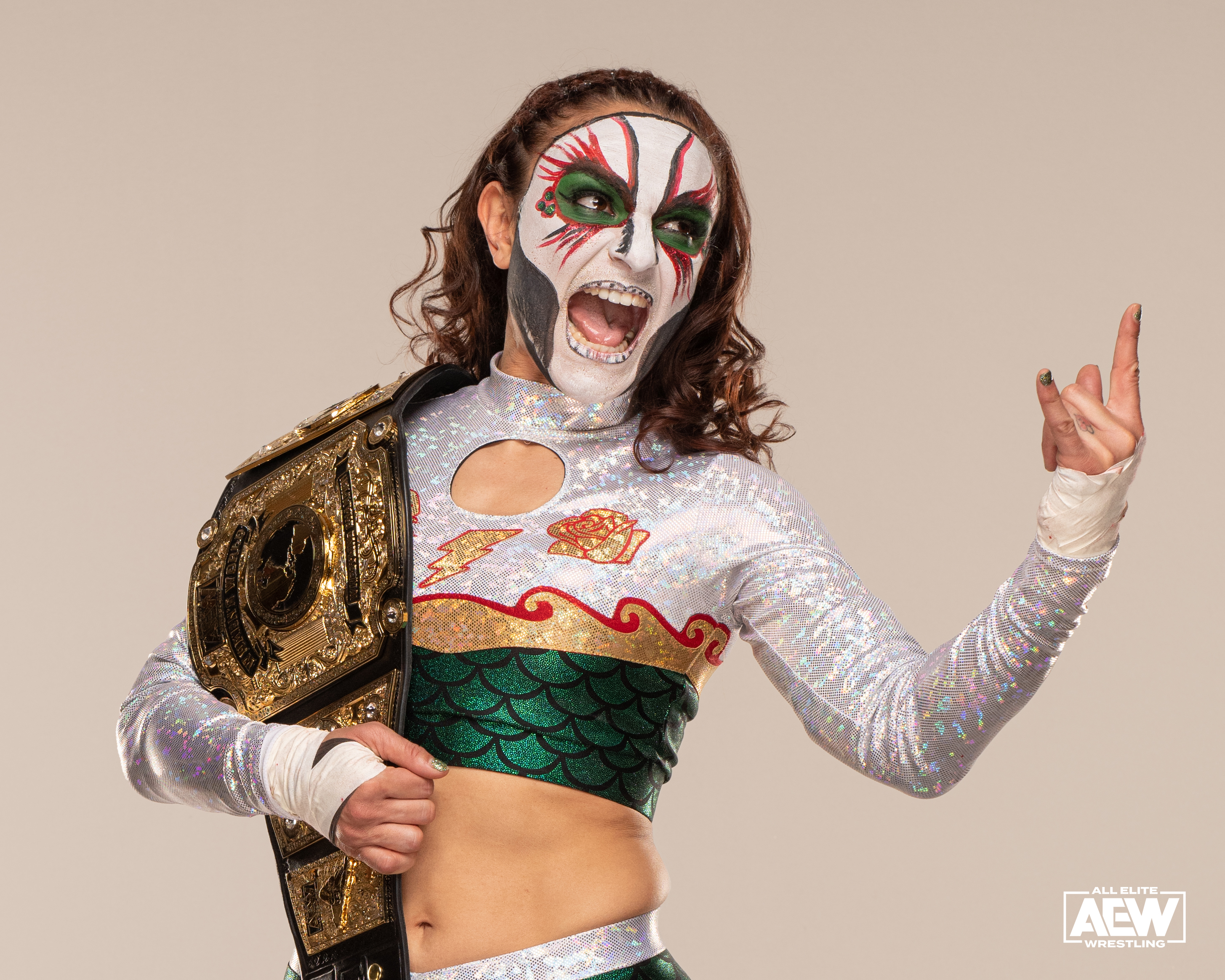 Let me ask a legitimate question:

Has Jade Cargill ever had a serious feud in her time as TBS Champion?

I can do one better:

Does it strike you as odd that a feud like Punk/Page had weeks worth of build and time given to it, and Thunder Rosa/Serena Deeb had maybe a fraction of that allotted to their feud? Yet, Deeb/Rosa offered up one of the best matches of the night at Double or Nothing…

The AEW women’s division continues to be under-booked, with little to no fanfare given to either championship. It’s hard to create prestige around a championship/champion in which fans rarely get to see.

Criteria for challenging for an AEW women’s championship:

We have got to do better. Meanwhile, the TNT Championship has seemingly lost its identity in the mess that was the Sammy Guevara/Men of the Year feud. Let’s face it; all of these dudes are super talented, and they all deserved better.

Personally, I don’t mind if an All Atlantic Championship is added. I’m more concerned about the semantics of the belt’s design, as Japan and China do not touch the Atlantic Ocean. But historically, WWE and WCW have conditioned fans to believe that championships have to be defended every month; which simply isn’t true.

This new championship can be sparsely defended as an international attraction (even in New Japan, AAA, etc.), but it can’t take immediate precedence over already established world championships, and secondary titles.

Regardless, we need better storytelling for certain championships, and right now we aren’t getting that for every belt; and I think that’s the underlying issue being felt by many fans.

I still honestly believe AEW is the best wrestling promotion in the world right now. I support it, and I invest my time and energy into it.

But it’s getting to the point where the roster size is just becoming too big for its own good. If Khan isn’t actively trying to add a second hour to Rampage to balance this out, then roster cuts are desperately needed; or at least moved to an eventual Ring of Honor program. WWE has 5 hours of programming per week for their flagship shows compared to AEW’s 3. This makes a noticeable difference.

Every championship needs to feel important, and this is more dire than many of the mid-card feuds we’ve been getting. I would rather see an extended additional segment or match highlighting the TBS Championship than another Jericho Appreciation Society promo. Give me a second women’s match on Dynamite over another random 10-man tag any week.

Balancing the booking of these championships, and their divisions, is crucial to the justification of adding more belts to AEW.

Furthermore, AEW cannot send a message of diversity and inclusion in 20-second Pride Month promos during commercial breaks and then offer up a product that is extremely lopsided when featuring their women’s division.

Khan has got to do better with balancing the storytelling of his championship feuds with mid-card feuds that do not matter as much. It’s as simple as that. 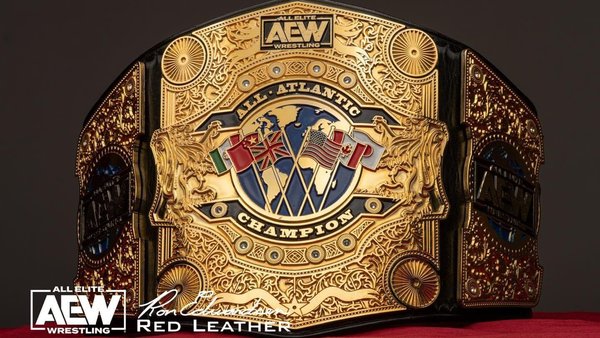 So what did we learn?

Historically, most major wrestling promotions have an abundance of championships; for better or worse. What TK is doing by adding the All-Atlantic Championship isn’t all that much different from what NJPW, WWE, or even WCW has done in their past.

Even with a Trios and Women’s Tag championships, the roster size, even with some cuts, could support it.

According to the official AEW roster page, the number of men’s wrestlers stand at 93, and the women stand at 26. The women need to maintain their numbers, and I wouldn’t cut any of them. However, you could cut 20 men’s wrestlers off the AEW roster and still have enough to support 8 championships.

It’s not the number of championships; it’s how they’re being booked. Once every championship feud is given the proper time, story, and effort, any talk of “too many” championships will ultimately go away. 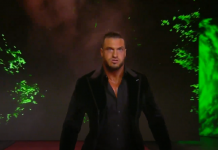