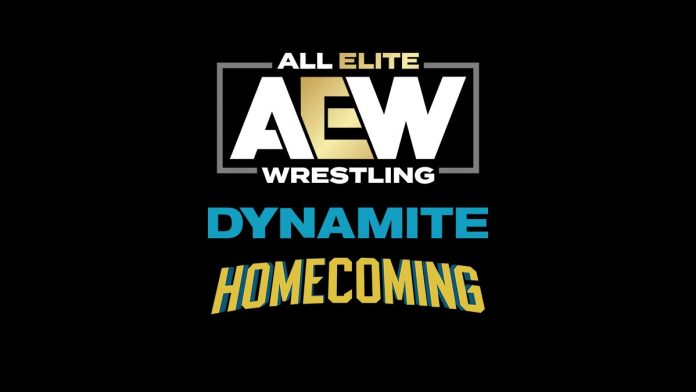 Wednesday’s live Homecoming edition of AEW Dynamite reportedly drew 1.102 million viewers on TNT, according to Brandon Thurston of Wrestlenomics. This is down 0.54% from last week’s Fight for the Fallen edition of Dynamite, which drew 1.108 viewers.

Homecoming marked the first time that AEW Dynamite has averaged more than 1 million viewers for four weeks in a row. The 0.46 key demo rating is tied with the October 9, 2019 episode for the second-best rating in the demo, behind the original premiere. Dynamite Homecoming viewership was down 0.54% from last week, while the 18-49 key demo rating was up 2.22% from last week. Last night’s Dynamite Homecoming viewership was up 22.3% from the same week in 2020. The key demo was up 27.8% from the same week last year, which went head-to-head against WWE NXT in the Wednesday night timeslot.