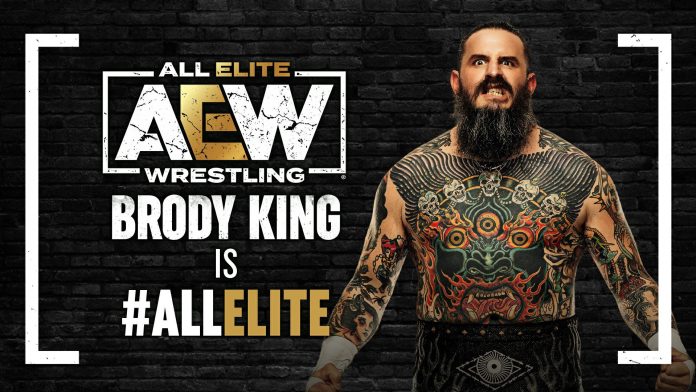 AEW has officially welcomed Brody King to the company. As noted, last night’s AEW Dynamite saw Malakai Black bring in King as the new member of his House of Black stable. They attacked The Varsity Blonds and Penta El Zero Miedo.

In an update, AEW made their signature “All Elite” tweet for King today, writing, “Welcome to the team… @BrodyxKing is #AllElite”

King responded to the post and wrote, “THE WAR HAS BEGUN.”

AEW has also released King’s first official t-shirt, which you can see below.

THE WAR HAS BEGUN. https://t.co/ZuQlKttvgR