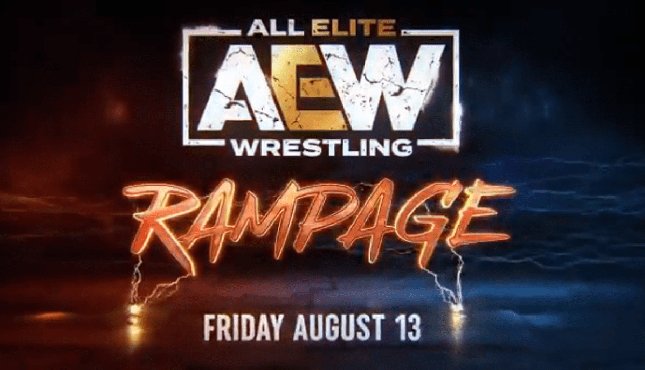 The weekly one-hour AEW Rampage show is scheduled to premiere on Friday, August 13 at 10pm ET on TNT in the United States. Dave Meltzer noted on the latest edition of Wrestling Observer Radio that AEW is working on securing international TV deals for the show.

It’s expected that Rampage will air live on TSN in Canada. TSN said to “stay tuned” when asked about the show airing, and word now is that negotiations are ongoing, but Rampage on TSN is not a done deal as of now. Fans in the UK will likely have access to Rampage through FITE. It’s believed that a live airing of Rampage will be included in the monthly subscription that includes the weekly live Dynamite airing and other perks. Fans in Australia and New Zealand are expected to have access to a live Rampage viewing through the FITE subscription as well.

They are also working on a deal that will see Rampage air live in India. AEW also has strong negotiations underway with a network in Brazil, to air Rampage in Portuguese. Other deals are being worked on to air Rampage in parts of South America, Germany, Italy, France, and parts of Africa.

The Rampage premiere on Friday, August 13 will air from the Petersen Events Center in Pittsburgh, Pennsylvania.