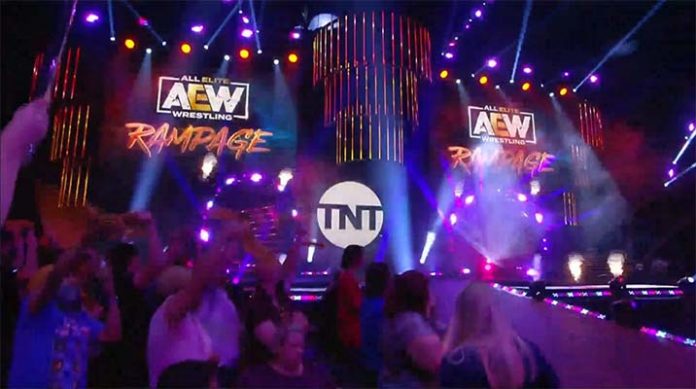 AEW Rampage will continue to air in different timeslots this month due to coverage of the NHL Playoffs and the NBA Playoffs on TNT.

For the second week in a row, this week’s Rampage will air in the early timeslot of 5:30pm ET due to the NHL Playoffs airing at 6:30pm.

The May 20 episode will air at 7pm ET due to the NBA Playoffs airing at 8pm.

No matches have been officially announced for May 20 as of this writing, but matches announced for this week’s show are – The Death Triangle vs. Marq Quen, The Butcher and The Blade; a segment with AEW TBS Champion Jade Cargill and The Baddies; Ruby Soho vs. Riho in the quarterfinals of The Owen Hart Foundation Women’s Tournament; Shawn Spears vs. Bear Boulder; plus AEW TNT Champion Scorpio Sky defending against Frankie Kazarian.

AEW usually airs in the 10pm timeslot on TNT.