“October is Breast Cancer Awareness month! A portion of the proceeds from your purchase of these special items from ShopAEW.com will be donated to @SusanGKomen! Together, we can make a difference! #shopaew #aew #breastcancerawareness” 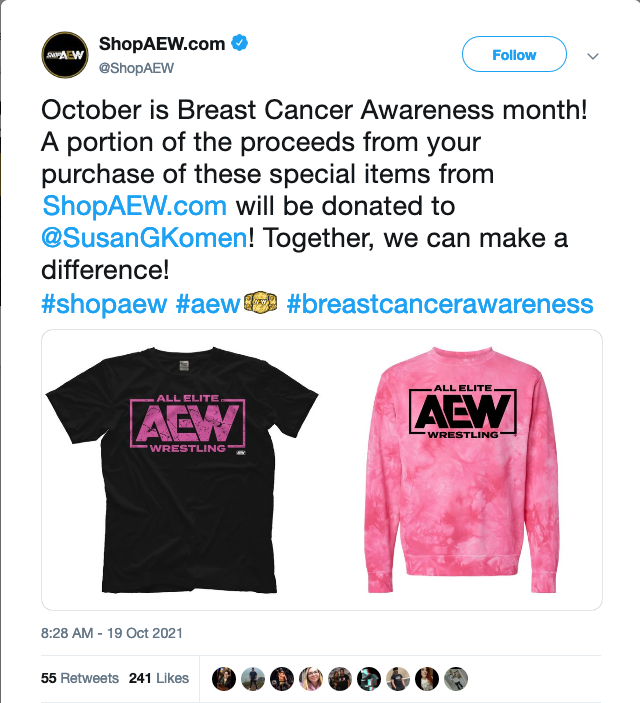 The tweet was deleted after AEW received criticism for being affiliated with the Susan G. Komen Breast Cancer Foundation. Fans made reference to CM Punk’s tweet from 2015 where he referred to the company as a “scam.”

It was noted on Wikipedia.org that “in 2010, Komen was rated one of the most trusted nonprofit organizations in America. But in light of scandals breaking between 2011 and 2017, revenue declined by roughly 80% and a number of affiliates merged or dissolved.”

I always do, bitch.