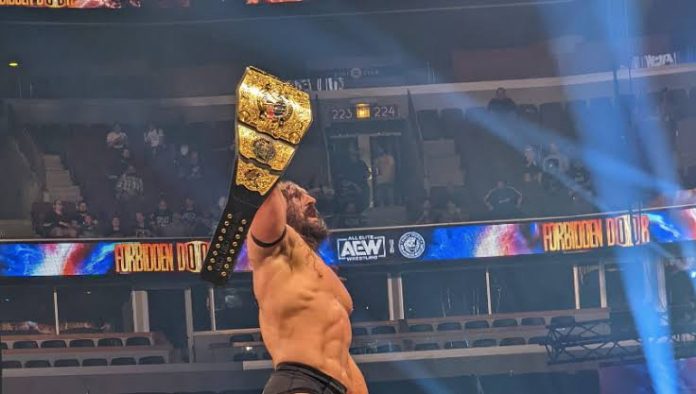 PAC won a four-way match to become the first All-Atlantic Champion, as was seen at the AEW x NJPW Forbidden Door PPV. AEW President Tony Khan discussed the company’s plans for PAC’s title reign during an appearance on The Masked Man Show podcast.

“PAC is going back to England, he’s back in England now and he is going to defend the title internationally … It’s a traveling championship, because the champions of AEW, because of TV commitments, all the other champions we really have booked here through the year, let’s have a champion that can go defend the title. Thunder Rosa has also talked about defending the Women’s World Championship abroad, which I’m open to also.”

PAC will be defending his title this weekend against against Shota Umino at Revolution Pro in Sheffield, England.

BREAKING: @BASTARDPAC returns to RevPro NEXT SUNDAY in Sheffield.