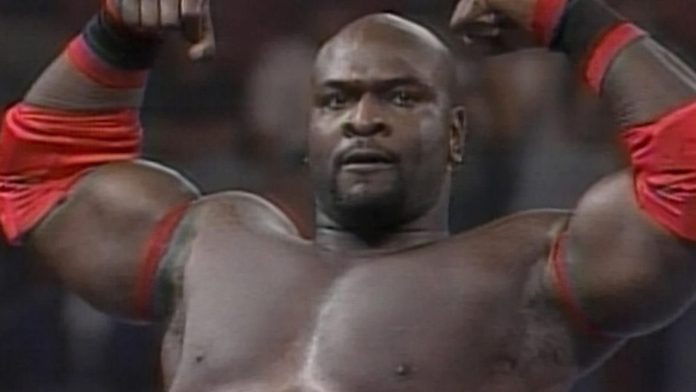 In this rare interview, former WWE Superstar Ahmed Johnson puts everything on the table and dishes on his controversial career and other topics in wrestling. Here a few highlights from this very revealing interview.

His feud with Goldust, and why he went off with stiff blows during their match at King of the Ring:

“I love Goldust. Goldust is one of the best workers there is. What happened was, is I told him not to be kissing me and stuff for real, because we had rehearsed it to where he was supposed to put his hand over my mouth and kiss his hand. Because it was live TV I couldn’t move if he did whatever he did that he said he would. And he didn’t do it. He kissed me for real. And I was like, ‘uh-huh’. That was blow-up time.”

If he knew he would become the first black Intercontinental Champion:

“I didn’t know. Because, what they did, they got us in the ring, they didn’t tell us who was going to win or lose. They wanted to see how the match went. So, right at the end of the match, the referee whispered to me and said, ‘Go over, Vince wants you to go over.’ And so I went over and, boom, we got that big crowd pop and I became the first black singles [WWE] champion in history. And it was cool until I went out to my car and somebody had scratched ‘congratulations ni–er’ on my car. It was definitely one of the boys. Where we parked at, nobody could get to our cars but the boys. Somebody said they seen [some of the boys] back there, you know by the car. I couldn’t put my finger on it.”

What a match in his prime versus Brock Lesnar would look like:

“No, what I did was, the match was made to make Booker look like a superstar, and I wasn’t. So I didn’t go for it. I acted like I forgot the whole damn match. So we can go live. I’ve been wanting to live with them negroes for a long time anyway. [Booker T] ain’t said sh-t to me. I wish he would have. That’s why since we walked in the back, I wish we could have just got in the ring and do what we do. If he was a real brother, I wouldn’t have mind doing the shine for him to make him look good. But he just makes me sick to my stomach.”

You can listen to the interview here.