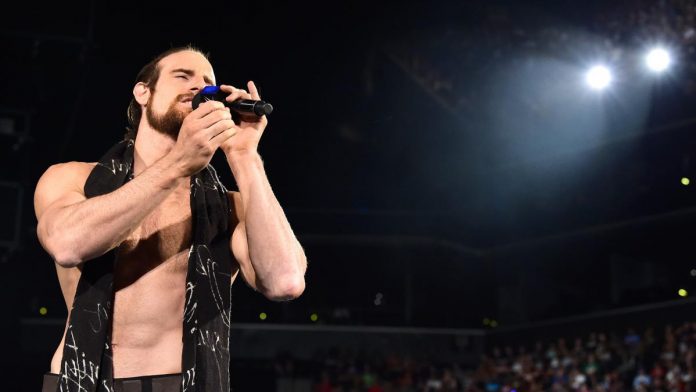 There will be a new voice on the WWE 205 Live commentary team for at least the next several weeks.

WWE has announced that Aiden English is joining 205 Live “as a guest commentator through WrestleMania season.” He’s starting in the role tonight and will be calling the show alongside Nigel McGuinness and Vic Joseph. Percy Watson had been on commentary with McGuinness and Joseph.

WWE 205 Live General Manager Drake Maverick explained his decision behind the addition of “The Drama King.”

“The McMahons have been shaking things up on Raw and SmackDown LIVE, so I’m going to follow suit,” Maverick said. “Aiden English is an active Superstar and is very opinionated, and I believe those opinions and perspective will add to the current commentary team, only adding to the entertainment value of The Most Exciting Hour of Television.”

“We wanted to do something special for WrestleMania season, and Royal Rumble week kicks off the Road to WrestleMania,” Cole said. “We’ve been working with Aiden at the WWE Performance Center to see if he has the chops, and it turns out he’s pretty good.”