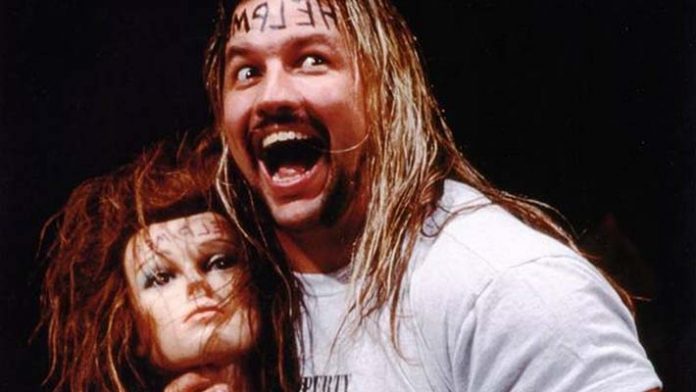 During the discussion, Al Snow commented on if he believes backstage altercations will continue to be a problem in AEW.

“There are going to be events like this all the time; they’re going to continue to happen. I’ve watched personally, you know, situations happen in locker rooms where guys get into fights and personalities clash. But it was all kept internal. And what usually ends up happening is they blow up, they blow off, and then two, three weeks, a month, two months, they’re best of friends. The two guys that were battling tooth and nail and hated each other’s guts are best of friends.

“You never do, in public, anything that you’re not going to be doing to try to use to draw money. Otherwise, it serves no purpose. There is no justification for it. It should’ve been kept in-house and should’ve been dealt with accordingly.”

The Attitude Era star recalled keeping in character during his gimmick with “Head.”

“I carried the head everywhere. When I went out to eat after shows I took it to a restaurant, sat directly across the table. I ordered two meals. We’d argue, we’d fight. Waitresses would come up to you. ‘Sir you’re making the other customers uncomfortable you’re gonna need to leave.’

“I’m like ‘well they’re making us uncomfortable how are we gonna eat our food? They [Head] have got an upset stomach. Now I’ve paid for their dinner box it up please we’re gonna go.’ And then I would just take the second meal back and eat it in the hotel room later that night.”

Al Snow also discussed ‘The Ballad of Al Snow & Head,’ a comic about the fictional life of his WWE gimmick.

“The Ballad of Al Snow and Head is about 40-pages long and I was blown away by [it.] I mean these are top talents in the comic book industry that worked on it and the artwork for each and every one of these comic books is different and unique. Absolutely incredible. Just beautiful.

“The story for the first one ‘The ballad of Al Snow and Head’… I’m wrestling an opponent very short and then I land on my head or whatever and then we go off into the post-apocalyptic world. Everything takes place basically inside my mind because I’m quote-unquote insane and I’m running a detective agency in this post-apocalyptic world.”

(h/t to SEScoops and Wrestling Inc for transcriptions)