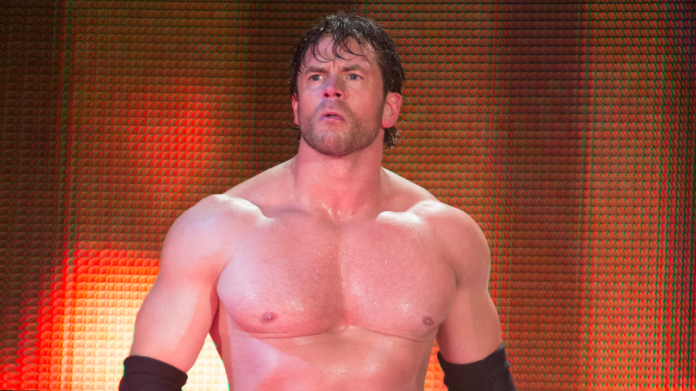 Pro Wrestler and Actor, Kevin Kiley (Alex Riley) is the special guest on Sean Waltman’s X-Pac 12360 this week and talks about his role on the Netflix Series “Glow.” Here are the highlights:

Kevin Kiley Jr. Mentions a Oh Crap Moment during his time with WWE: I’m in my suit going over the script and a producer told me “You need to change your suit, we need to get this pre-taped done now”…and I’m was like “Are you kidding me, the show goes on in 10mins.” He goes “No, we have to get this done now.” So, then I go through a double panic & you just do what you’re told. I need to at least be able to switch gears in my mind to what’s on the script. As to oppose what’s happening in this pre-taped. The guy goes “You’ll be fine, we have to get this done.” We go live and they literally end it, the pre-tape was done and I sprint to the gorilla position, grabbed a mic and walked out and it worked out okay.

Kevin Kiley Jr. Talks About His Relationship With Vince McMahon and Triple H During His Time in WWE: Vince Mcmahon, Triple H…they were straight. They were straight shooters and I always loved when somebody would say ‘we’re just not gonna do it right now and sorry’ rather than b*llsh***ing me and they never did. I heard and I kinda got the feeling that Vince was always a pretty big supporter of mine, so hey what a compliment to have. And I hope I am making them very proud right now. was done and I sprint to the gorilla position, grabbed a mic and walked out and it worked out okay.

Kevin Kiley Jr. Mentions if he would have stayed with WWE: I don’t know. Because I would’ve been torn. I really really love that job, but WWE is very in this way…they own you. They would’ve owned me, I don’t think I would have been allowed opportunities to do anything else.

Sean “X-Pac” Waltman Talks about the time he went Sky-Diving with Shane McMahon & his helicopter accident: I went sky diving with Shane and Madusa (Alundra Blaze) I think I was 22. Shane and I are close to the same age. I was scared to death, and Shane was the first one out the door of the plane. He did a moonsault backwards. I watch the interview ( Helicopter accident) with the Pilot and Shane, he was unnerved and it doesn’t surprise me at all, not once did I think, “I hope he’s alright” I knew he was alright.