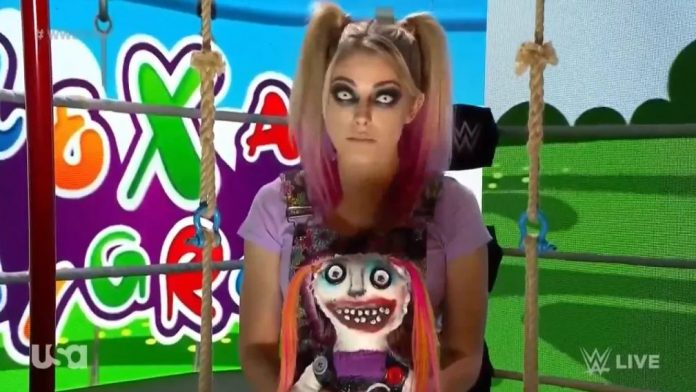 There has been a lot of positive and negative fan feedback over how WWE has booked Alexa Bliss for the past several months. Bliss defeated Shayna Baszler at Hell in a Cell on Sunday, then teamed with Nikki Cross to defeat Nia Jax & Shayna Baszler on RAW in a Money in the Bank qualifying match. The criticism fans continued this week and Bliss responded.

She wrote the following-

“They can say what they want… but I’m actually having fun.”

Bliss received a new entrance on RAW this week, which you can see here. Below is the full tweet from Bliss-

They can say what they want… but I’m actually having fun pic.twitter.com/5B5dz8koZ3