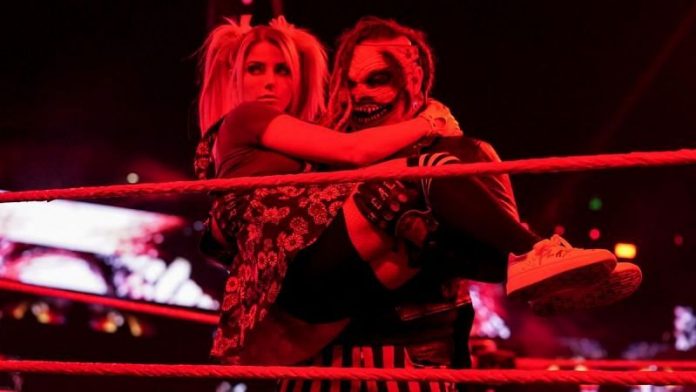 Alexa Bliss spoke on Out of Character with Ryan Satin to discuss a variety of topics.

She discussed working with Bray Wyatt as he was portraying the Fiend character during that time. This caused Bliss to alter her persona to match his until she betrayed him at WrestleMania 36, costing him a bout against Randy Orton.

“Working with the Fiend, with Windham, was the most fun I’ve ever had in my entire WWE career. He is so brilliant with his creativity, and he puts so much effort into his character, so much research. It made me want to step my game up 100% being like, Okay, well, he puts this much thought into his character, I need to put twice as much thought in mine. When you step into someone else’s gimmick, you don’t want to bring it down. You only want to elevate it. I put in so much effort into that, and protecting the character, and protecting when we did the Firefly Funhouse. It was so fun. Obviously it’s very sad that we don’t work together anymore because it was so much fun, and I think the WWE Universe saw how much fun we were having.”

Bliss also commented on where she drew inspiration for her character:

“I jumped fully in with the amount of cult documentaries and the amount of different scary movies I would watch. So for me, I wanted to have my character have a bit of an identity crisis. That’s why I kind of reverted to a child mentality, because I know for me personally, to get real real about it, when I had my eating disorders, it was a traumatic thing for me. My brain went back to a childlike defense mechanism. I took part of that into my character. I remember thinking like, what did I like watching when I was a child? I liked watching the Big Comfy Couch. So I got the concept of having Lilly from the girl from The Comfy Couch’s doll, Molly. I took a lot of things from my childhood that I loved and brought that into the character. Then also I took a part of the movie, ‘The Orphan’, where the girl is like 30 posing as a child, and took that into the character as well. So there were a lot of things about my real interests and real things as a child that I actually brought into the dark Alexa character.”