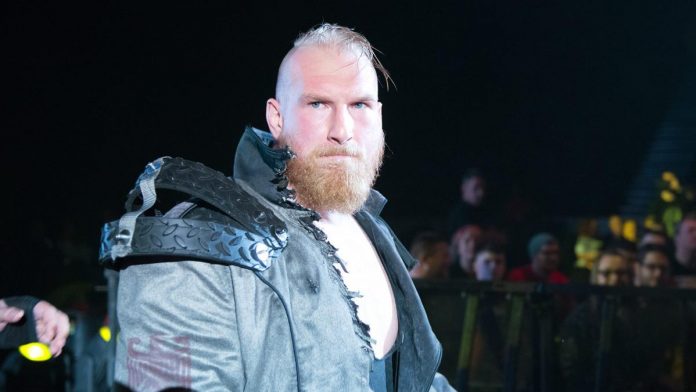 Axel Tischer, (formerly known as Alexander Wolfe) appeared on a recent edition of “Two Man Power Trip of Wrestling Podcast” and addressed his time in WWE. Here are the highlights:

The original idea for Sanity: “Triple H had the idea that he wanted to have a group like the guys from ‘Smoking Aces’. He spoke about the Tremor brothers. Great movie, so if you haven’t watched it, watch the movie,” he said.

“The Tremor brothers had a very chaotic, hitmen mercenary kind of style. They go into a house and blow it up just to kill one guy, but they stay inside the house when it gets blown up. So that type of persona, total lunatics. Then before we debuted, they put Nikki Cross with us together as well. So Nikki was, even before Sanity, one of our best friends. So in the end, it came all together and it went great.”

Being thankful for his time in WWE: “I’m very grateful for the time. Nowadays, you miss a lot of things you do not have anymore. But when you have it, you kind of take it for certain, and that’s a valuable experience because it makes you realize that you should value the stuff that you have right now.”

“So, for example, a lot of times I wasn’t aware that I had the opportunity to live in Florida. So I would be more enjoying Florida life right now because I don’t have it anymore.”

“But also there are some other things like working wise which I kind of miss. With WWE, you have a sweet life because you do not have to think about anything at all, especially when it comes to organizing stuff. WWE is such a great company. They take care of you in so many parts and you do not even know it.”

“The most valuable thing I took from WWE was all the knowledge from the greats. So I had a chance to have an entire list of great coaches over the time I learned in the Performance Center. Just to be on the learning tree from guys like Shawn Michaels, Terry Taylor, Robbie Brookside, Fit Finlay, and William Regal, just to name a few of them is great”