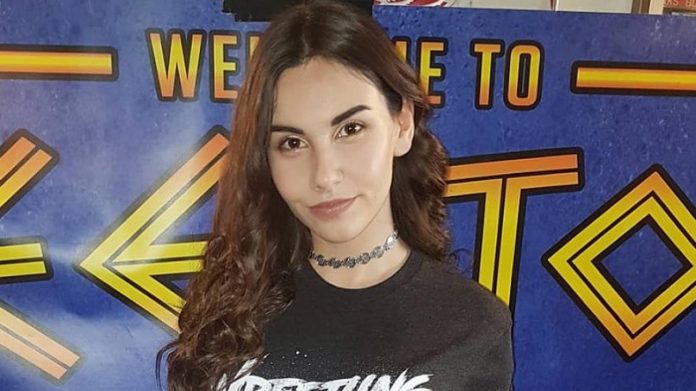 MLW’s Alicia Atout was interviewed by WrestlingINC. She discussed the #SpeakingOut movement and so much more. Here are the highlights from that interview below.

Her thoughts on the #SpeakingOut movement: “It was a lot to take in because every morning or night you’d open up your phone – even throughout the day – if you’d go to randomly post something at the top of the tweet you’d see that hashtag. You’d think to yourself, ‘Oh gosh. What nightmare story is about to come out now and who is it?’ So, some of them shocked me and some things didn’t, which is really unfortunate. But being in this industry obviously most of the people who came forward were women. There are scenarios where luckily I’ve had some really good dudes around me who have protected me from a lot of situations that could have gone sideways. And I have a really good “spidey sense” so you can sometimes tell and sometimes you’re put in horrible situations that you can’t get out of. So, it was a lot and was really hard to read a lot of these stories and come to terms that this person could actually do something like that. Even now, just talking about it is a lot to take in and it was horrible.”

Will the #SpeakingOut movement lead to any actual change in the business?: “When it comes to my situation, luckily it never got to the point where it was as serious as things that have come out. But it’s because I always had people around me to kinda be the big brother role or I just shut things down instantly. So, it’s really interesting for me to see everything come forward with people saying this movement is gonna make a change. As much as I would love to think that’s the case – and I think it’s incredible and so brave that everybody got their stories out – I just honestly, and I don’t know if sometimes I’m a bit of a pessimist, but I just think scumbags are going to be scumbags. Just like how people are never gonna change certain views, some people aren’t going to stop being creeps. Some people just suck and it’s so unfortunate and awful that we live in a world like that. Every movement we can have, every protest we can have towards something good, there’s always gonna be someone to take it 10 steps back. I’d love for this movement to make a change, but I’m not gonna sugarcoat it and lie to you – I hope it does. I’ll leave it at that; I hope it does.”

How is Pete Dunne handling the pandemic?: “He mentioned that since he was 12, this is the least he has ever wrestled because even back then he used to wrestle once a week. So, I don’t think he’s been in a ring since being in the States doing WWE stuff. So, it sounds like everyone’s on lock down over there still. I haven’t heard from any friends or anyone I’ve interviewed that they’ve been on the show, so everywhere is keeping it pretty tight which, I mean, could be for the best.”