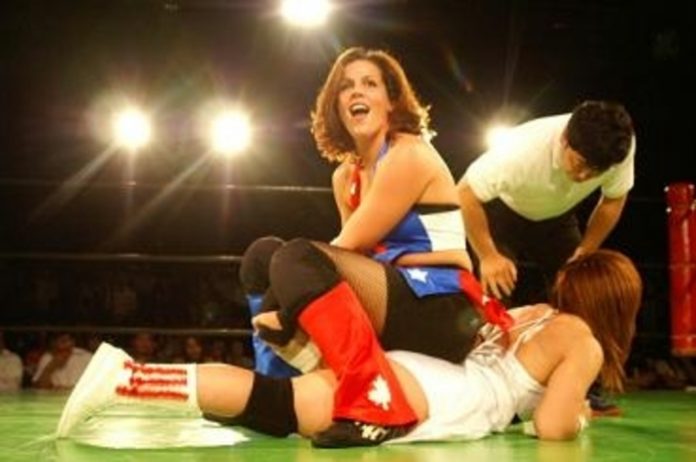 WWE has signed former indie wrestling star Allison Danger to work as a coach at the WWE Performance Center in Orlando, according to the Wrestling Observer.

Danger, age 44, is the younger sister to ECW Original and current WWE Producer/Trainer Steve Corino. Danger worked as a guest coach at the Performance Center back in mid-May, but was then brought to Las Vegas in August to work in the ring with talents at the SummerSlam Week tryout camp. It was noted in August that WWE brought Danger to the SummerSlam tryouts because she lived in the Vegas area, and because she had worked as a guest coach in May. That apparently led to Danger getting the full-time gig.

Danger, who wrestled from 2000 – 2013, was significantly influential in the rise of modern day women’s wrestling. She most notably worked for SHIMMER, WSU and ROH. Danger was trained by her brother, CM Punk, the CHIKARA Wrestle Factory, and others.