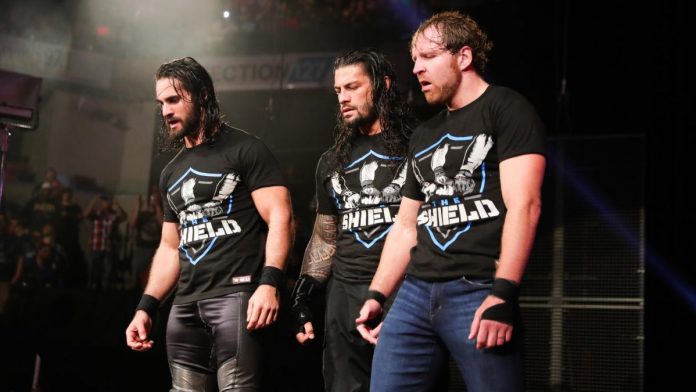 – Above is alternate footage from The Shield’s reunion on this week’s WWE RAW in Atlanta, which saw Roman Reigns, Dean Ambrose and Seth Rollins face WWE Intercontinental Champion The Miz and RAW Tag Team Champions The Bar.

– WWE has a new poll asking fans who will win the vacant WWE NXT Women’s Title in the Fatal 4 Way at Saturday’s “Takeover: WarGames” event in Houston. As of this writing, 44% voted for Ember Moon while 25% voted for Kairi Sane, 17% for Nikki Cross and 14% for Peyton Royce.

– Speaking of WarGames, Triple H will be going live with Cathy Kelley on his Facebook page this Saturday night. We will have coverage of the interview. The Game tweeted:

Visit my official Facebook page to see an exclusive interview with @catherinekelley immediately following what will be a historic #NXTTakeOver: WarGames… #WeAreNXT @WWENXT pic.twitter.com/6TVy391fki