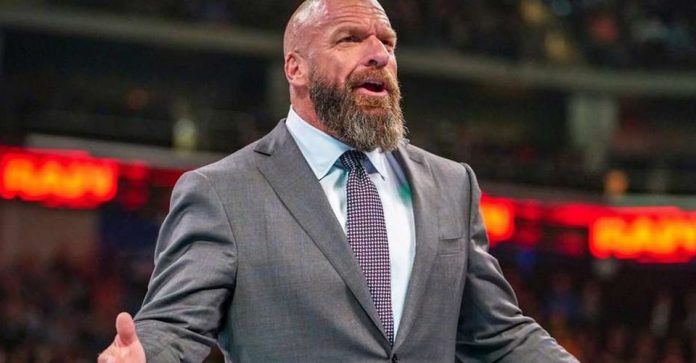 Since taking over the creative direction of WWE, Triple H has rehired a number of former wrestlers, including some of those who served on his staff when he was in charge of NXT.

The most recent addition to the team is Gabe Sapolsky, who has rejoined the company. PWInsider reports  that he has rejoined WWE and will be working on creative for the company; however, it is unknown at this time whether this is for the main roster or a return to WWE NXT.

Sapolsky was one of the many names working under Triple H as part of his team in NXT who was released by the company in January of this year. Ryan Katz and Road Dogg are two more members of the team who were released but were ultimately rehired.

Sapolsky got his start in the wrestling business by publishing the program for the Extreme Championship Wrestling (ECW), and he eventually became Paul Heyman’s assistant.

Before founding Dragon Gate USA and EVOLVE, Sapolsky was the first booker for Ring of Honor.  While he was the head of EVOLVE, he elevated the company to become one of the most successful independent wrestling promotions and a breeding ground for NXT. After WWE purchased EVOLVE, Sapolsky continued his career in the wrestling industry by becoming a consultant for the NXT brand.

Prior to his departure from WWE, he had been producing segments and working on the creative side of the company.