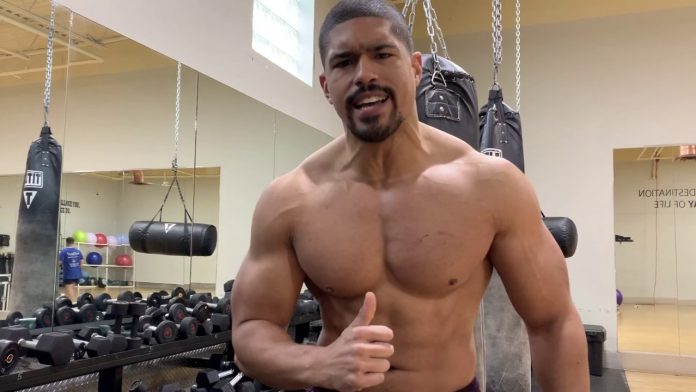 Anthony Bowens of The Acclaimed recently appeared as a guest on the Good Karma Wrestling show for an in-depth interview covering all things pro wrestling.

During the discussion, one-half of the AEW World Tag-Team Champions spoke about the state of the locker room in All Elite Wrestling, as well as being the first openly gay champion in company history.

On being the first openly gay AEW champion: “It means a lot and its an honor. Because sitting in my childhood room right now, I had a lot of terrible terrible memories, a lot of great ones here, but a lot of terrible ones of sitting here and just being flustered and scared and upset, a lot of crying. Just trying to figure out what my future would be, what it would hold, would I be able to be a professional wrestler. Because there wasn’t any LGBT representation out there that was in pro wrestling that was successful for me to be like ‘Hey, I can be like this person and be okay.’ To be that person on television every week, representing the community positively and also as AEW Tag Team Champion, one its surreal, and I wish I could go back and tell myself “Hey, it’s going to be totally okay, its actually going to be amazing.” That would probably have solved a lot of issues. If my presence on television every single week can help somebody not go through that, that means a whole lot to me.”

On the state of the AEW locker room: “That’s the problem with the media sometimes, people like to throw these headlines out there and they read one and they’ll read it from another site and they’ll read it from a third site and all of a sudden they’ve built this perception of ‘Oh my God, its chaos.’ It’s nothing like you’re reading. I really enjoy our locker room. I will read the dirt sheets from time to time just to see how accurate they are and surprisingly they are not accurate. Please take what you read on the internet with a grain of salt because there are a lot of fabrications, a lot of people need clicks for there website, so they are going to put the most dramatic headline that there is out there. Just know that all is well, the company is doing well, it’s a fun place to be. I really enjoy coming to work every single week, it’s exciting. There hasn’t been a moment where I’m like ‘Oh, this is dreadful, oh my God, there is so much drama.’ Not like that at all.”

Check out the complete Good Karma Wrestling interview with The Acclaimed’s Anthony Bowens by visiting Spotify.com. H/T to ProWrestling.net for transcribing the above quotes.