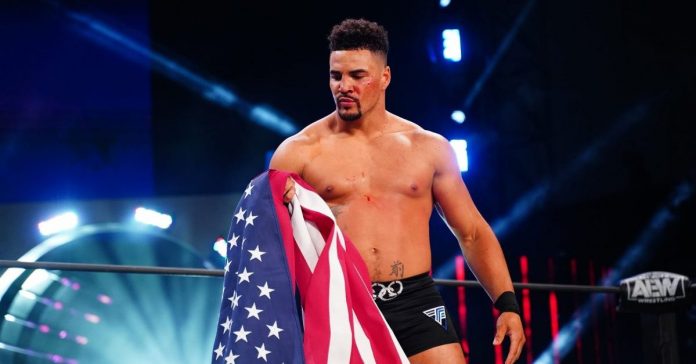 The Guv’nor is coming to TNT!

AEW star and Olympic bronze medal-winner Anthony Ogogo is back in his beloved UK this week, and has decided to stop by the Camp and Fusion nightclub, in the heart of Liverpool’s Baltic District, for the Going Off Big Time event this Thursday, 9th June.

Ogogo is unbeaten in 2022 and has decided to cast his net wider to find some competition. Therefore, he is issuing an open challenge to any TNT Extreme Wrestling competitor to face him in the ring in Liverpool. Which member of the TNT roster will step up to take on the challenge?

Thursday’s Going Off Big Time show was already shaping up to be a sensational event. Matches on the card include the NWA Tag Team Champions, Mexico’s La Rebelion (Bestia 666 and Mecha Wolf 450) taking on TNT’s own tag champs, Kings of the North (Bonesaw and Damien Corvin) in a fascinating transatlantic encounter, with both sets of belts on the line.

The Women’s Tag Titles will also be up for grabs, as The Liverbirds (NXT UK’s Eliza Alexander and Angel Hayze) have their first defence, taking on The Uprising (Skye Smitson and Nightshade); Man Like Dereiss challenges Mark Haskins for the highly-prized Ultra X belt; and things are bound to get extreme when Clint Margera and Drew Parker meet once again.

This is all in addition to the huge TNT World Title match between champion Dan Maloney and Dean Allmark, who finally gets his shot, one-on-one, at the title. There will be numerous other matches involving some of the best the UK and Ireland has to offer, and we will also hear, via satellite, from NWA Champion Matt Cardona, who is due to come to TNT on 15th September.