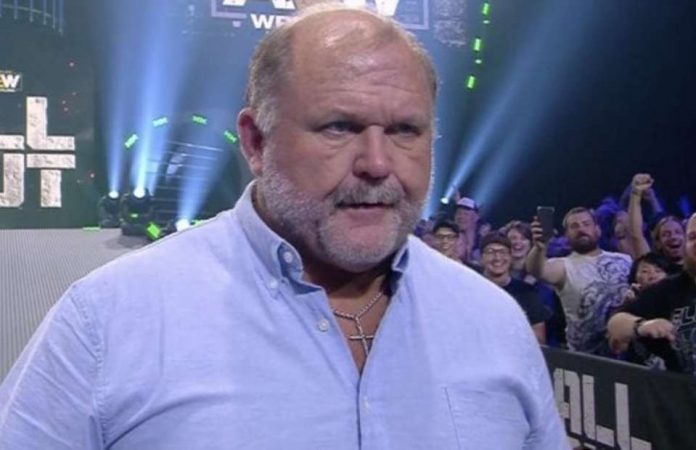 Arn Anderson went into detail on why Ole Anderson was not apart of the Four Horsemen’s Hall of Fame induction ceremony back in 2012. The following is an excerpt from the “ARN Show podcast” with Arn Anderson and Conrad Thompson.

“My knowledge of what I’ve heard through the grapevine is that Ole doesn’t want anything to do with WWE in any fashion, period,” Anderson said. “Whether or not he was asked to be a part of that group or not I don’t know, if he would have I’m sure he would not have accepted because of all the things that went down years prior when Vince [McMahon] got control of his television which is pretty common knowledge in the business. It really was a heated issue between the two of them, there were some conversations and insults that went back and forth, that was probably the biggest reason. There was no interest on either one’s part.”