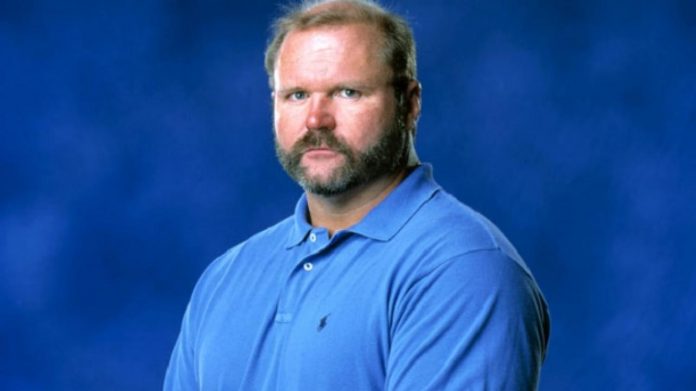 (December 30, 2019) 祐ince AEW exploded onto the wrestling scene just one year ago, it has consistently dazzled fans with its groundbreaking shows, world-class roster, inclusive attitude and impactful announcements. To wrap AEW’s inaugural year, Cody today announced that legendary wrestler Arn Anderson will be Cody’s personal advisor and head coach for the 2020 season, starting with the New Year’s Day DYNAMITE show in Jacksonville, Fla.

A member of the world-renowned Four Horsemen and Dangerous Alliance, Anderson holds multiple tag team titles and was a longtime road agent for some of wrestling’s biggest stars. This past August, Anderson made a surprise appearance at ALL OUT when he nailed Cody’s opponent, Shawn Spears, with his signature spinebuster. Cody ultimately defeated Spears, who is coached by Anderson’s Four Horsemen teammate Tully Blanchard.

Anderson will be ringside with Cody as he begins the 2020 season with a rematch against Darby Allin on Wednesday, Jan. 1, at Daily’s Place in Jacksonville. Back in June, Cody and Allin fought to a time-limit draw at FYTER FEST. Cody granted Allin a rematch with the stipulation that Allin team up with him against The Butcher and The Blade. Cody and Allin emerged victorious, and are now on opposite sides of the ring in this highly anticipated match-up.

“2019 was the most successful year I’ve had in pro-wrestling,” said Cody, EVP of AEW. “Beyond the superfluous financial, it’s been incredibly rewarding on a spiritual level to be able to engage so many fans with a like-minded place in their hearts for the sport.

“That said, one of my greatest fears came true as I lost the opportunity to wrestle for the World Championship again. But, on the other side of that fear is freedom to chase every other accolade outside of that title. I still want to collect all the accolades I can and dominate the singles division. That’s why I’m bringing in Arn Anderson as my personal advisor and head coach. He has been in business with my family for over three decades. Having been a wrestler throughout so many different generations of talent, he understands what ingredients it takes to look beyond the horizon and produce the best content and results.”

AEW’s first live event of 2020 is DYNAMITE on TNT this Wednesday, Jan. 1, in Jacksonville, Fla, at Daily’s Place. Tickets for all AEW live events are available at www.AEWTIX.com.