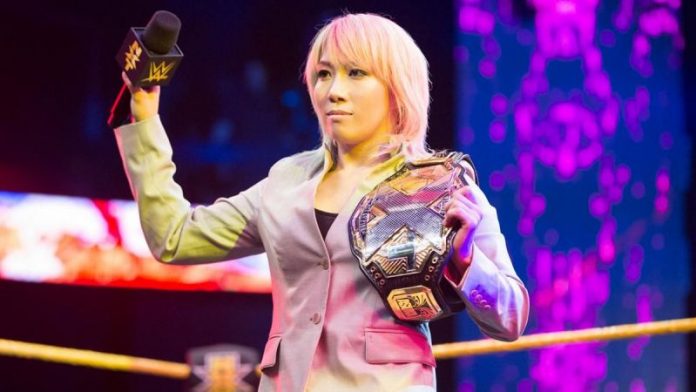 – As noted, last night’s WWE NXT episode saw undefeated NXT Women’s Champion Asuka relinquish her title. She’s suffering from a collarbone injury but the storyline is that she is looking to pursue other challenges in WWE. It was also noted that she and NXT General Manager William Regal are currently negotiating for her call-up to RAW or SmackDown. Above and below are post-show reactions from The Empress of Tomorrow and Regal. Asuka speaks in Japanese but she sends a warning to the main roster champions. Regal praises Asuka as an incredible champion for defending the title for 523 days and says he doesn’t see that happening ever again. Regal says he’s got a lot of thinking to do about the future because someone deserves a chance at the title and he needs to think about the best way to do that. Regal promises an announcement to come soon.

– WWN Live announced today that at least one individual participating in their September 22nd WWN Seminar/Tryout in Livonia, MI will be selected to work as an extra at a NXT event, provided all documents are completed in the correct manner. A background check may be ran as well. WWE Coach Norman Smiley will be at the seminar to scout tryout matches and share his knowledge with the participants.