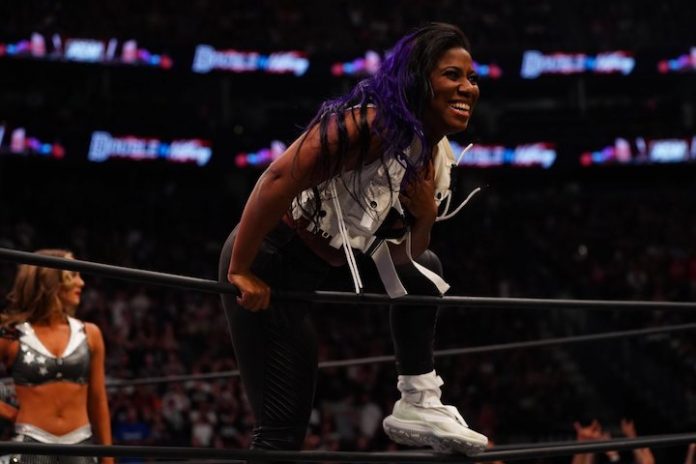 Athena (previously Ember Moon) discussed how AEW is different from her time with WWE in a conversation with Steve Fall from NBC Sports Boston.

“I think the best way to describe it is I think the former place, if you will, demanded perfection. It didn’t matter what curveballs were being thrown at you, there was just very stoic energy of, ‘Alright, this is what we expect out of you. Do it.’ And if you don’t do it, you get ripped a new one. Sometimes it’s like, ‘Okay, cool, we understand problems happen.’ But there was never that high energy. Hunter [Triple H] was the exception to that, I will say that. But coming into AEW, you get pumped, you get excited. Every match, he [Tony Khan] is there. He’s in the huddle with everyone. I’m like, ‘Where did you come from?’ I feel like he’s just teleporting backstage; I’ll leave one area and see him talking here, but in some kind of way, he’s doubled in front of me. I’m like, ‘How? You were…’”

“He cares, and he shows outwardly that he cares. And it’s not demanding perfection, it’s like, ‘Hey, you go out there and do the best damn job. And if it’s perfect, I’m happy. If it’s not, I’m happy. I’m just excited that you’re here, willing to put your body on the line for this company.’ That’s the type of energy. So it’s like, ‘Alright, I’m going to go put my body on the line! Let’s go!’ The energy, the aura backstage, it’s so different, it’s so positive. Everyone wants to help each other, everyone is just excited to be there, right? Which is weird because I’m not used to that on any level. It’s so exciting.”