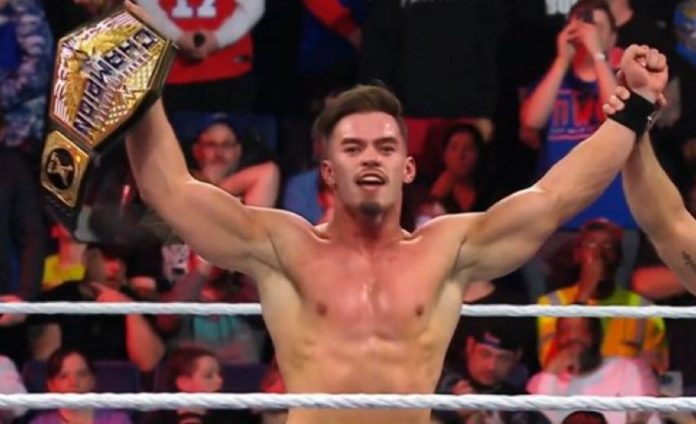 Theory recently trash-talked Cena on Twitter but Cena responded with praise for the young up and coming star. Theory appeared on WWE After The Bell this week and commented on Cena’s words of encouragement. He said-

“It’s just wild. Just to think the time of day to say anything to me, that’s really cool and especially what he did say on Twitter, I thought that was very interesting and very motivating. It’s WWE, you never know what can happen and I feel like we do have a feeling what could happen pretty soon though.”

Theory also revealed that he’d like to wrestle Cena at a SummerSlam event. He said-

“I ultimately want to defend the United States Championship against John Cena. I’m not sure on a venue but for some reason, I just feel like a SummerSlam would be so cool. Just ready to SummerSlam John Cena’s ass.”