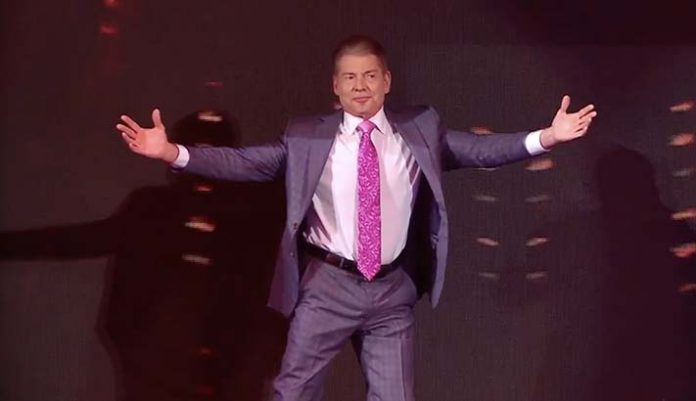 According to a recent report from Fightful Select, WWE sources are dismissing any rumors or speculations suggesting that Vince McMahon may be “pulling the strings” or “running the show from the shadows.”

It was said that Vince is no longer in control of WWE, which could not be more evident. Several higher-ups confirmed that Vince was not in charge during SummerSlam Week, and a source claimed that last week’s RAW was planned in a way that made it clear who was in charge by calling it a “statement” show.

According to reports, Triple H has made an effort to improve the atmosphere backstage. Vince reportedly no longer has any input into day-to-day or creative decisions, both indirectly and explicitly. There have also been rumors that Vince only has restricted access to information regarding the actual process itself.

Several WWE employees have also verified that there are situations in which they would typically need to wait for their bosses to obtain Vince’s approval, but this is no longer the case since Vince’s retirement was announced last month.

According to PWInsider, McMahon is not officially involved in the company beyond owning the majority of the stock. Legally, McMahon is not allowed to hire or fire anyone.

PWInsider added that McMahon hasn’t visited WWE Headquarters in Stamford since he left the company following Wall Street Journal articles exposing his use of nondisclosure agreements (NDAs) to hide affairs and sexual misbehavior with former workers and performers. McMahon’s name was removed from backstage and from the internal list of performers during SummerSlam weekend. “Vince’s Office” is no longer a designated backstage space. Instead, they have a space designated for the CEO and Triple H, the head of talent relations.

No one has heard of him using the private gym at the corporate headquarters. McMahon was well-known for working out late at night before he left.

Although it hasn’t been confirmed, there have been rumors that Vince only has temporary access to WWE facilities.