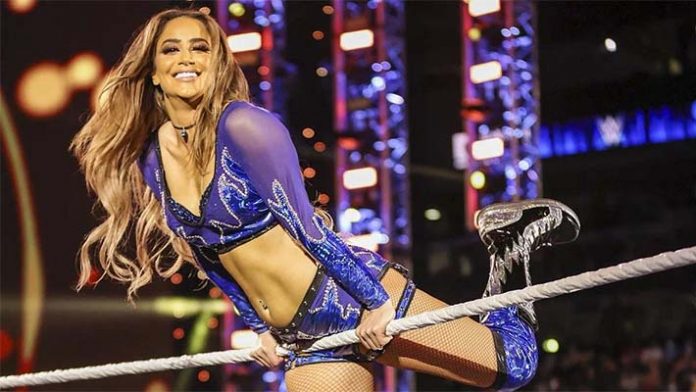 Aliyah is reportedly hurt, but she will be making her way back into the WWE ring very soon.

Aliyah has not competed in a wrestling match since she and Raquel Rodriguez were defeated by IYO SKY and Dakota Kai on the September 12 episode of RAW to lose the WWE Women’s Tag Team Titles. On the episode of SmackDown from September 16, Bayley mentioned that Damage CTRL forced Aliyah to go on the shelf, but no further information about the injury was provided.

An updated report from the Wrestling Observer Newsletter reveals that Aliyah’s undisclosed injury was not considered to be a serious one. It is anticipated that she will return next week.

Aliyah has not made any public statements regarding the injury; however, on September 13, she responded to a tweet sent by a supportive fan and mentioned how she can’t wait to get back in the ring. This may be an indication that she was injured while competing for the RAW title.

“Thank you for the support, In the end I gave it all I got. I know in my heart I did my best. I’m really sorry I wasn’t good enough. I can’t wait to be back in the ring again. [heart emoji],” she wrote.

Following Bayley’s victory over Rodriguez on the most recent episode of SmackDown, there has been some talk about the possibility of WWE putting Shotzi in a tag team with Rodriguez. This is due to the fact that Shotzi rescued Rodriguez from Damage CTRL after Bayley defeated Rodriguez. It has not been confirmed that Shotzi will be replacing Aliyah in the tag team, and it is possible that WWE simply wanted to turn Shotzi back into a babyface at the time. When Aliyah comes back the following week, assuming that she is still needed, we should have more information.