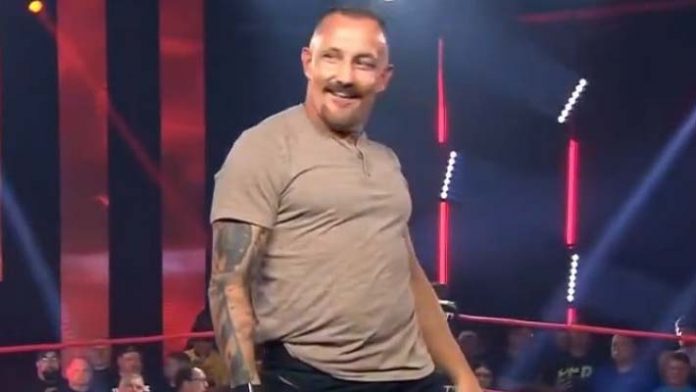 As PWMania.com previously reported, on Friday at Victory Road, former WWE and AEW star Bobby Fish made his debut with Impact Wrestling and cut a promo.

PWInsider has provided additional details as well as notes on the current position of Fish with regard to the promotion. Backstage footage filmed by Fish and Joe Hendry is in the process of being edited for inclusion on upcoming episodes of Impact TV.

It has been reported that Fish has not yet signed a contract with Impact Wrestling; nonetheless, he is currently scheduled to work Bound for Glory on October 7 as well as the TV tapings that will take place the following night. Both of these events will take place in Albany, New York.

It is “certainly possible” that he may work more dates beyond those events, despite the fact that it is said that it is unclear whether he will do so or not.