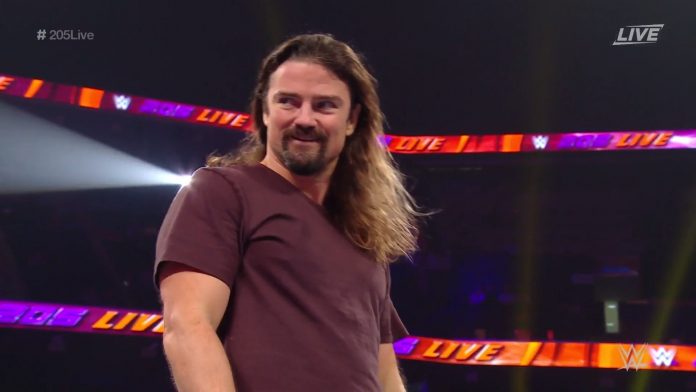 As PWMania.com previously reported, Brian Kendrick was pulled from the February 2nd, 2022 edition of AEW Dynamite after previous interview comments resurfaced. Kendrick had spoken about the Holocaust, 9/11, the assassination of JFK, the moon landing, and other conspiracy theories. Kendrick was not brought back to AEW.

Jason Jordan and Kendrick were listed as producers for the 2022 WWE Survivor Series PLE match between Smackdown Women’s champion Ronda Rousey and Shotzi.

According to PWInsider.com, Kendrick had a tryout as a producer, but he has not yet been officially hired by the company. F4WOnline.com’s

“The only thing we heard was that it was a surprise to most people, including those at NXT who know him, that he was back.”