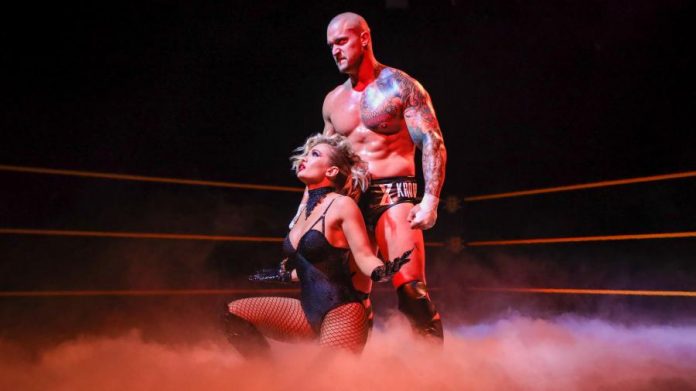 After Vince McMahon announced his retirement from the WWE in late 2021, there have been rumors that Karrion Kross will return. The possibility of bringing Kross back to WWE has been discussed in the company.

Many in the industry outright expect his comeback, and one source claimed they knew it was already in the company’s plans, though we haven’t seen any confirmation of that. Fightful Select was able to confirm that at the very least, WWE had brought up his name.

With fans speculating about his probable comeback and Kross earlier this week teasing followers about his future, the issue of Kross quickly trended on Twitter. As PWMania.com previously reported, Kross posted an Instagram story of a fan listening to his former WWE theme music.

Before Tony Khan bought the company, there were reports that Kross and Scarlett Bordeaux were scheduled to make a ROH appearance at Supercard of Honor. Khan later denied that, saying that the couple had never been scheduled for the show.

When asked to work a match on Dynamite against Wardlow, Kross declined the invitation. He has worked for NJPW and MLW since being released from WWE last year.

Under Triple H’s direction, Kross was booked as a top star while in NXT and quickly won the fans over. When he was moved to the main roster, Vince McMahon repacked him multiple times before releasing him.

Kross is more likely to consider a comeback to WWE now that Triple H is in charge of creative.

Stay tuned to PWMania.com for more. Kross tweeted the following earlier this week: