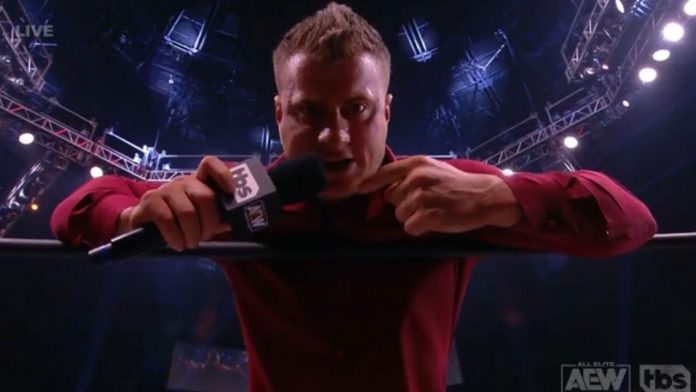 MJF has effectively disappeared from the pro wrestling industry, according to a new report from Fightful Select.

After his post-Double Or Nothing promo on AEW Dynamite on June 1, there hasn’t been an official update on MJF, and no AEW wrestlers or crew members have admitted to hearing from him since then. Numerous individuals who have worked with or are close to MJF claim that he has not been in any way communicative.

After the June 1 Dynamite, MJF reportedly stayed in Los Angeles for on-screen, non-wrestling-related meetings. The cast of TruTV’s Impractical Jokers was reportedly filming with MJF in New Jersey last week, but it’s unclear at this point if he was shooting for the show itself or simply with the cast.

There are still some people in AEW who think MJF is going to leave the company and wants to join WWE, but that is not based on any information since the June 1 promo. Since June 1, MJF has not attended any AEW events.