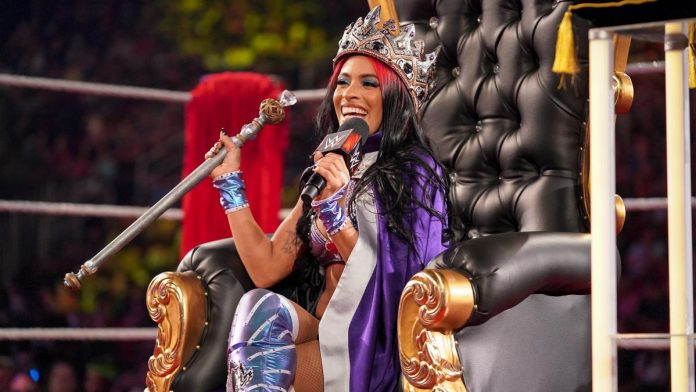 Queen Zelina Vega is expected to return to WWE in the near future.

According to a new report from PWInsider, Vega will likely be back in the ring in four weeks, if not sooner. Vega has been out with an injury that has not been officially disclosed. She required minor surgery to correct a problem, but the nature and severity of her injury were never confirmed.

Last Thursday, Vega made an appearance at the WrestleMania 39 Launch Party at SoFi Stadium in Los Angeles, declaring that The Queen is back. She did not say when or where she would be returning. Vega also attended the Mattel & WWE Elite Squad Fan Panel at the San Diego Comic-Con on July 21.

Vega hasn’t wrestled since losing to RAW Women’s Champion Bianca Belair on April 11’s RAW, but she assisted Sonya Deville in her No DQ loss to Blair on April 25. Vega was injured in late May, but no details were provided beyond the fact that Vega suffered an in-ring injury and required surgery. It was reported at the time that Vega would be out for 6-8 weeks and would return in time for SummerSlam, but this obviously did not happen.

It’ll be interesting to see if Vega gets a push when she returns now that former WWE Chairman & CEO Vince McMahon is no longer in charge. When Vega was injured, there was talk of giving her a push when she was able to return, as WWE officials recognized her willingness to do what was asked and her hard work behind-the-scenes. Shortly after Vega’s injury, it was revealed that she was the #5 heel on RAW, trailing Becky Lynch, Rhea Ripley, Lacey Evans, and Carmella.

After some controversy, WWE released Vega in November 2020, but she returned in July 2021. She has held the WWE Women’s Tag Team Titles with Carmella since then, and she won the inaugural Queen’s Crown Tournament in Saudi Arabia. WWE has confirmed that Crown Jewel 2022 will take place in the Kingdom of Saudi Arabia on Saturday, November 5, so it will be interesting to see if Vega defends her Queen’s Crown if WWE goes in that direction again this year.