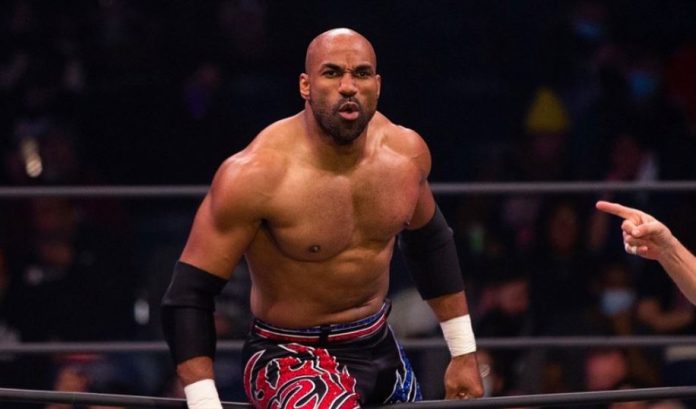 Scorpio Sky could be making a comeback for AEW soon.

Sky hasn’t competed since losing the AEW TNT Title to Wardlow on the July 6 edition of AEW Dynamite from Rochester, NY. In an update, Fightful Select reports that Sky has been out with a leg issue that he has been battling with in the months leading up to his absence.

Sky is now medically cleared to compete and has been cleared to return to the ring for quite some time. Sky has not returned to AEW because there are no creative plans for him.

Sky was backstage for a Dynamite episode last summer and actually taped stuff, but it never aired.

Sky hasn’t tweeted since July 6, when he said, “To my supporters, thank you! To my detractors, thank you! I’ll see you all later. #AEWDynamite”

Sky and Ethan Page will be together this weekend at the WrestleCade convention in Winston-Salem, North Carolina.