For those of you wondering why AEW was previewing the “next” Dynamite instead of “next week’s” Dynamite during this week’s show, PWInsider.com is reporting that AEW still plans to air a live show next week. Mike Johnson explained the situation:

“The decision was made to list everything for the ‘next’ Dynamite instead of next week because the company, from owner Tony Khan on down, is taking the stance that no one should be taking anything for granted during these tumultuous times and they did not want to come across as if anything was guaranteed. The team wanted to get through tonight’s episode and as one source stated after the show, ‘not be so arrogant as to assume’ they’ll 100% be allowed back on live TV next week, since things are changing so rapidly due to the Coronavirus outbreak.”

The plan is to have Dynamite take place next week or whenever the company is able to produce it. Here are the matches scheduled for the next show:

The company was reportedly “very excited” about the debuts of Matt Hardy and Brodie Lee. 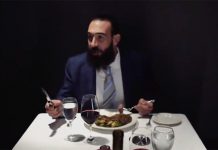