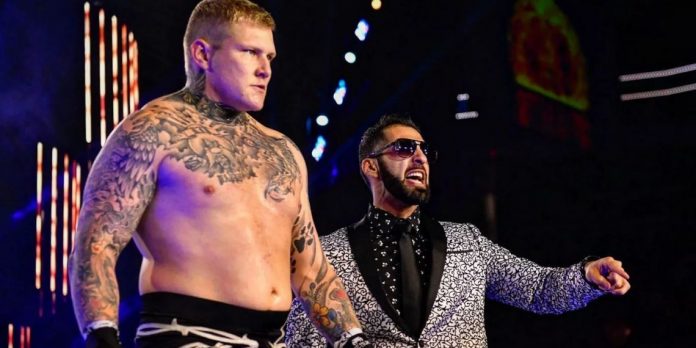 According to reports, Ari Daivari (also known as Ariya Daivari) is an AEW producer.

Along with Parker Boudreaux and Slim J, Daivari is currently in charge of The Trustbusters stable. However, according to a recent revelation from Fightful Select, Daivari also contributes to the creation of matches for AEW.

On the August 3 Dynamite, the AEW Women’s World Champion Thunder Rosa and Toni Storm were defeated by Britt Baker and Jamie Hayter in a highly rated women’s tag team match that was supposedly produced by Daivari. According to reports, Daivari created the groundwork for that match, and the competitors mostly put the pieces together to create the final product.

Daivari initially served as a WWE cruiserweight from 2016 to 2021, however on June 25 of that year, he was released along with other budget cuts. n the Rampage episode from November 12, 2021, he made his AEW debut and lost to Dante Martin. In January, February, and March of this year, Daivari worked a few more AEW events, but in April he was hired to work as a WWE Producer. He was gone soon after WWE management decided against hiring him after his trial period. While still working for WWE, Daivari made a comeback to the AEW ring at the June 11 Dark tapings and defeated Caleb Konley. The AEW appearance was said to have had no effect on his employment with WWE at the time, but he was released shortly thereafter. Daivari and Slim J have recently won singles and tag team matches on AEW Dark and Elevation since being paired together in the middle of July. In mid-April, Daivari also made his NWA debut but fell short to Nick Aldis.

There’s no news on why WWE didn’t hire Daivari after his trial time, but he’d gotten to the point where he was producing WWE Main Event matches on his own. R-Truth vs. T-BAR on the June 2 WWE Main Event recorded episode, as well as Happy Baron Corbin vs. Madcap Moss on the June 3 WWE SmackDown, were the last matches he was credited with producing.