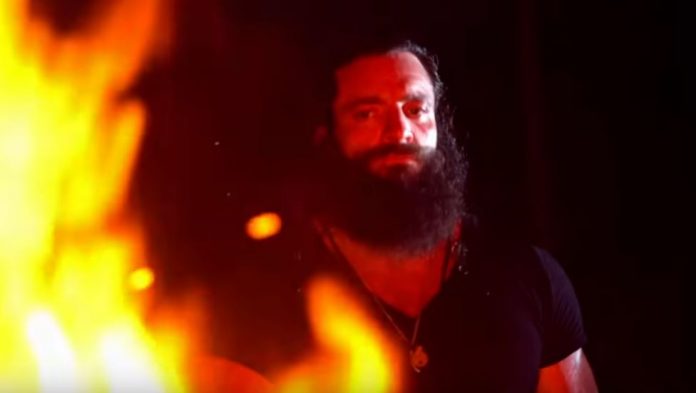 Elias will be returning to WWE soon.

As previously reported, Ezekiel was removed from the WWE internal roster and replaced by his original persona, the “older brother” Elias.

In an update, a new report from the Wrestling Observer confirms that Elias will return. There’s no word on when he’ll return to the storylines, but it won’t be until his beard has grown out completely, according to the update.

The return of Elias is another move that WWE Chief Content Officer Triple H has planned. According to recent reports, Triple H has some debuts/returns planned for the near future, which are said to be surprises that no one is talking about.

Ezekiel was last seen on RAW on August 8. After their match ended in a No Contest, Kevin Owens took out Ezekiel with an apron powerbomb and was stretchered out of the arena by medics. That was the angle used to remove Ezekiel from the storylines.

As of this writing, Ezekiel is still listed as a RAW Superstar on the official WWE website, while Elias is still on the Alumni roster. This is expected to change in the near future.

In August of last year, WWE began airing vignettes for the end of Elias’ musician persona after losing a feud to Jaxson Ryker in July 2021. He was rumored to be re-packaged, but WWE didn’t bring him back until the post-WrestleMania 38 RAW on April 4 of this year, and he was now known as Ezekiel, the younger brother of the 2018 Breakout Superstar of the Year Slammy Award winner.

Early on, Ezekiel worked with The Miz, Tommaso Ciampa, Chad Gable, and Otis, but mainly feuded with Kevin Owens, who refused to believe that this was Elias’ true younger brother. Owens defeated Ezekiel at WWE Hell In a Cell in June, but Zeke reclaimed the victory with a count out on the June 13 RAW.

On the June 20 RAW, WWE used spit-screen technology to reunite Elias and Ezekiel, and Elias later performed a concert in the ring before being interrupted by Owens, who challenged Elias, Ezekiel, or their younger brother Elrod to a match. Owens vs. Elrod in a Money In The Bank qualifier was postponed from the June 27 RAW, and by the July 18 show, Elrod was no longer a topic of discussion.

Ezekiel was defeated by Seth Rollins on the July 3 and July 18 RAW shows, and then fell to Omos on the August 4 edition of WWE Main Event. On the August 8 RAW, he was destroyed by Owens, and that was his final appearance. Zeke was taken to a local hospital for further evaluation after the stretcher job, according to WWE. Elias later appeared as their father, Ernie Jr., on the August 15 episode of WWE. Ernie Jr. promised to give Owens a piece of his mind in a brief pre-recorded segment. The segment included a photo of Elias dressed as various members of Zeke’s family, as seen below.

On that June 20 RAW episode, Elias did take Owens out after his concert. However, Elias’s most recent match was a loss to Ryker in the Symphony of Destruction match on July 19, 2021 RAW.