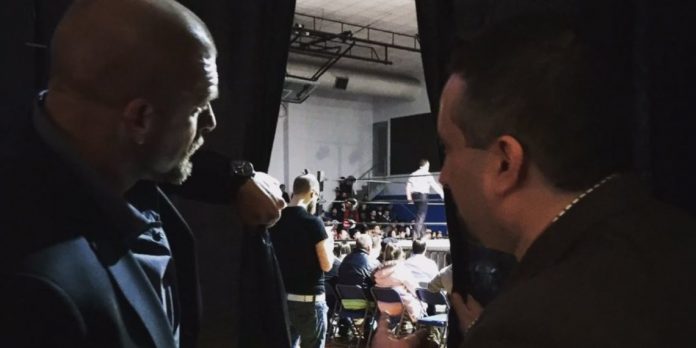 Last Friday, it was stated that Sapolsky had been hired back to the company to work on the creative team, but it was unclear whether he had returned to WWE NXT or was now working on the main roster.

In an update, the Wrestling Observer Newsletter reports that Sapolsky has been hired as a creative team consultant for the main roster.

Sapolsky was reportedly said to have been “dabbling” in the NFT realm since his WWE release in January.

Sapolsky is the most recent member of the original NXT administration led by Triple H, which was released in January only to be reinstated now that Triple H is in charge of the show. Ryan Katz and Brian James, Senior Vice President of Live Events, were both reinstated.

Sapolsky has been in pro wrestling for about 30 years and has played a variety of major roles. In the original ECW, he was Paul Heyman’s personal assistant, the co-founder and chief booker of ROH, the Vice President of Dragon Gate USA, creative/talent relations and marketing responsibilities with WWN, and the creator and booker of EVOLVE. WWE recruited Sapolsky as a consultant in January 2018. He primarily worked for the NXT brand until his release on January 6, this year.