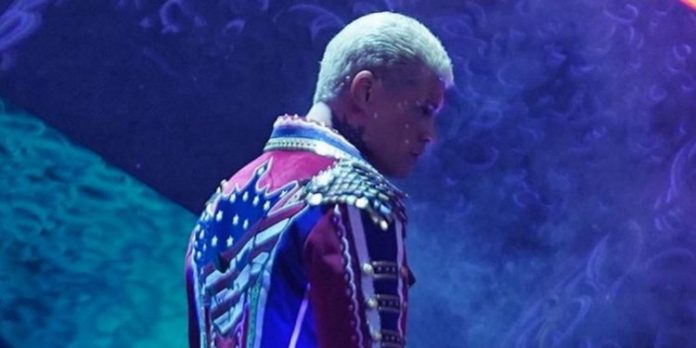 Before Cody Rhodes suffered the torn pec in June, which he is still recovering from, it has been reported that WWE had plans for him to win either the WWE Title or the WWE Universal Title.

According to Fightful Select, sources within WWE have stated that at the time of Rhodes’ injury in June, former WWE Chairman and CEO Vince McMahon had not decided whether or not he would make Rhodes a top champion in the company. Many people were under the impression that Rhodes was going to take home a major championship, but other sources claim that the title switch had been carefully planned out.

On the other hand, a recent update based on information from various sources reveals that Vince was “all on-board” for Roman Reigns’ reign as double champion, which is still ongoing at the present time. At the same event that Rhodes made his unexpected return to the company with a victory over Seth Rollins, Reigns won the match at WrestleMania 38 to unify the WWE Title with the Universal Title by defeating Brock Lesnar and claiming the Universal Title.

It was noted that Vince did not float ideas that indicated he was ready to move on from Reigns’ double title reign by the summer when Rhodes was feuding with Rollins.

It is expected that Rhodes will return to the ring sometime in the early part of 2023, and it is believed that he will receive a significant push. Reigns recently celebrated 750 days as champion and will defend the Undisputed WWE Universal Title against Logan Paul at Crown Jewel on November 5 in Saudi Arabia.