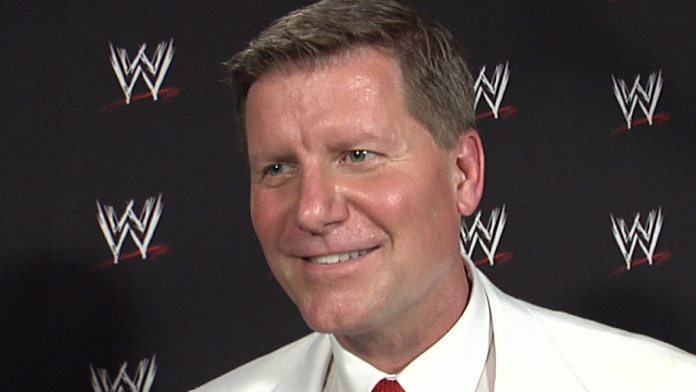 As PWMania.com previously reported, John Laurinaitis is no longer employed by WWE.

Laurinaitis’ official termination occurred within the past week or so, but it was kept very quiet outside of a very narrow circle, according to PWInsider. The departure follows Vince McMahon’s unexpected retirement, which came after the WWE Board of Directors looked into complaints of sexual misconduct against McMahon and Laurinaitis.

Additionally, Laurinaitis was once still looped into business e-mails, according to Fightful Select. After Triple H was appointed the new Executive Vice President of Talent Relations, that ceased immediately, but he recently reappeared on internal mailing lists.

Last week, word spread that Laurinaitis was still included on a number of e-mails sent to a wide range of WWE names, but there has been no mention of any interaction from his side. That began to alter as of the July 22 SmackDown when Laurinaitis was dropped. The next week, he quickly made his way back to those lists, where he has remained ever since.

It was stated that the emails do contain, “sensitive information pertaining to creative, and personnel.”

Laurinaitis is not expected to return, according to numerous sources within WWE, and many have expressed their joy at his departure and the prospect of no longer having to deal with him. As events developed, one prominent WWE figure referred to Laurinaitis as “the biggest snake in the business.”

There are reports that this is a regular occurrence among recent WWE departures.

On a list of WWE employees who had been fired, which also included McMahon, Laurinaitis’ name appeared.

Regardless of the listings, PWInsider confirmed today with several sources that Laurinaitis has left the company. As of the time of writing, WWE has not officially announced the departure.

The Board of Directors investigation into the corporation is still ongoing.