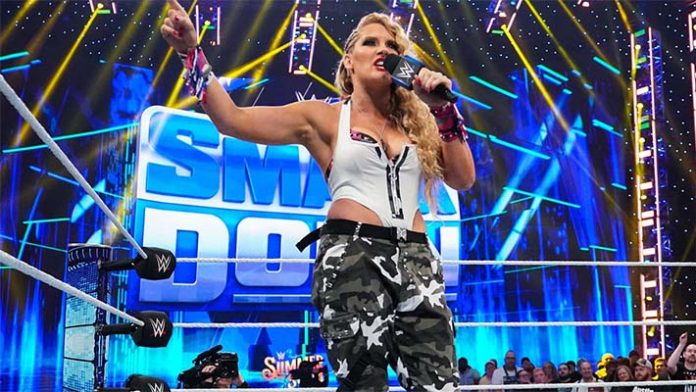 Originally, Aliyah was supposed to take on Lacey Evans on July 29, 2022’s episode of WWE SmackDown. WWE stated that Evans was not “medically cleared” to compete, and Shotzi was chosen as Aliyah’s replacement opponent.

Evans isn’t currently part of WWE’s creative plans, and Fightful Select reports that she wasn’t even considered for this past Friday’s gauntlet match.

Fightful also noted that Evans was a personal favorite of Vince McMahon. Vince was very hands-on and worked closely with Evans once she joined RAW. However, her return this year was “chaotic and directionless,” as shown on television.

Here’s a promo tweet from FOX regarding the July 29 edition of WWE SmackDown:

Don't miss @WWE_Aliyah face @LaceyEvansWWE one-on-one! The two Superstars will face off TONIGHT at 8 on #SmackDown on FOX! pic.twitter.com/fWlbVEtKTz