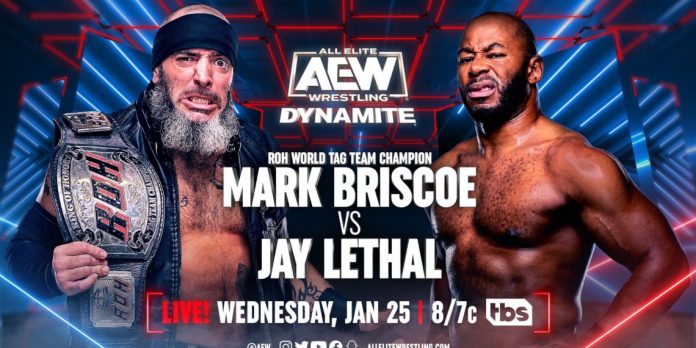 According to a new report from Fightful Select, several talents are overjoyed that Mark will be appearing on the show this week, which goes without saying. After WarnerMedia changed its mind about allowing The Briscoes to be featured on AEW TV, Mark was booked and AEW was allowed to pay more tribute to Jay.

Some talents believe Mark could have appeared on AEW TV before Jay’s death, but word from within AEW is that this was not the case. The new Warner executives were said to have been helpful in AEW President Tony Khan’s efforts to make the Briscoe appearance happen.

When it was announced that Briscoe would be on Dynamite tonight, some names were added at the last minute. As seen in the tweets below, Ian Riccaboni and Caprice Coleman have been brought in to provide commentary, while Bobby Cruise will be announcing the match between Briscoe and Lethal.

I just got the call to be in Lexington tomorrow to announce this match on Dynamite. This means so much to me. ❤️🎤 pic.twitter.com/uIeFIQ3H5N

But tomorrow, we're going to the river.

I ain't bullshitting here. Tomorrow is a celebration. We will take you to that river tomorrow #AEWDynamite https://t.co/0pvivavEYw

I will be in Lexington tomorrow with @IanRiccaboni and @realBobbyCruise! What an honor 🙏🏾❤️🙌🏾 https://t.co/dBbC9qGsQc