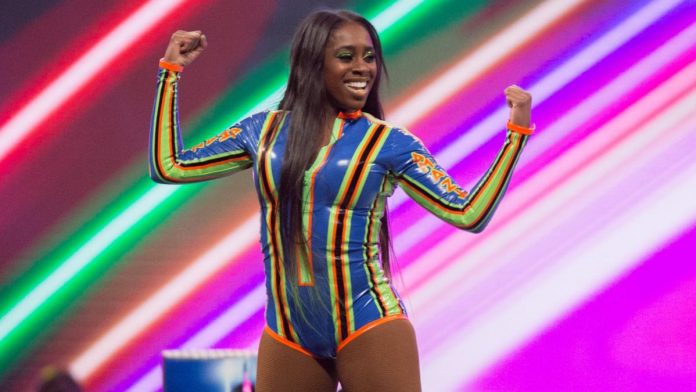 — After being a mainstay on SmackDown LIVE since 2016, Naomi is now adding a glow to Raw after the Superstar Shake-up. In her first match for the brand, Naomi defeated The IIconics with Bayley at her side in tag team action.

Naomi joining Raw wasn’t a hastily made decision. Freelance writer Tom Colohue was told by his sources in WWE that Naomi moving to Raw was decided “months ago.”

The break up has been the plan for a while but Bayley is a singles competitor on #SDLive. Naomi moving to #raw was decided months ago. #wwe https://t.co/zmJVABb6gZ

— The first-ever episode of SmackDown took place 20 years today. Relive the best moments from the show, including the birth of The Corporate Ministry when The Undertaker and Triple H teamed up against “Stone Cold” Steve Austin and The Rock.

— In this preview clip from tonight’s all-new episode of WWE Ride Along, see if The New Age Outlaws and X-Pac have the navigation skills to find MetLife Stadium.